After a massive protest, the Central government has, reportedly, decided to restore the Rongali Bihu holiday for its employees posted in Assam.

The government, of late, announced no holiday in the upcoming bihu for its employees posted in the state, which has created a massive uproar.

Realising the gravity of the situation, the concerned authority announced restoration of the Rongali bihu holiday. In a meeting of the Central Govt. Employees Welfare Co-ordination Committee organised  at the Accountant General office located in the Beltola area of the Guwahati, on Monday, it was resolved to restore the bihu holiday .

In a communique, the Committe's General Secretary said, “ As per the decision taken in the Central Govt. Welfare Co-ordination Committee meeting, the Bohag bihu which falls on April 15, 2021 is hereby declared as holiday for Central Government offices in Assam.”

6 Apr 2018 - 8:58pm | Mithun Baruah
MARGHERITA: A tussle between guardians and students with  VKV NEC authority over fee hike keeps the school campus on the boil in Baragolai on Friday.  The situation took an uneasy turn... 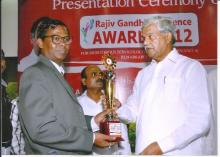