Many youths sustained injury after policemen sprang upon them after they turned violent for cancellation of a pre recruitment training programme in Jorhat town on Sunday.

The incident took place at 6 in the morning when over 5000 youths from Jorhat, Sivasagar and Golaghat districts arrived at the Jorhat Stadium in response to an advertisement issued  a few days back.

The training was to be arranged by a non governmental organization from Sunday morning to help the unemployed youths get recruited in army’s parachut regiment.

But the youths turned violent when the NGO officials informed that the programme was cancelled bereft of any reason.

A section of the youths assaulted the NGO officials while thousands others blocked the Baruah Chariali in protest against the cancellation of the programme.

Policemen came to the spot and sprang upon them forcing some of the youths to attack them.

Apart from lathichage and lobbing tear gas shells, police resorted to blank firing to disperse the agitated youths where many of them sustained injury. A seriously injured youth was rushed to the Jorhat Medical College Hospital.

But people of all walks of life have behemently condemned the police for allowing the grave situation to take place.

23 Mar 2014 - 9:03am | AT News
Its final. AGP has fielded Bijay Krishna Nath in Silchar. That too minutes after the AIUDF leader joined the regional on Saturday night.Nath, the owner of a Bangla daily joined AGO at a brief... 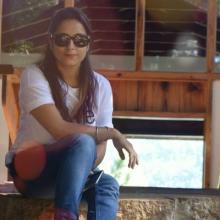 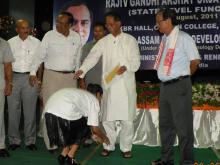 23 Aug 2011 - 3:11pm | editor
The performance of Udalguri students,which won third prize in the All Assam Inter district quiz on new and renewable energy held at Silpagram, Guwahati has been appreciated by people of the...