DIBYA J BORTHAKUR, RAHA: Flood waters have been wreaking no less havoc in Raha along with other parts of the state. At least 20 villages in the revenue circle have come under the surging waters of the Borpani river. The worst- affected villages include Jarduba, Basbatamari, No 1 Sangajan, Misamari, No 2 Misamari , Barunguri, Falihamari, Rampur Basti , Garubandha, Choraijuria---now reeling under flood. But the authorities have yet to blink. The district administration has yet to help the marooned people tide over the situation. Nobody is there to launch relief and rescue operation. Surging flood waters have disrupted surface communication in many places causing much inconvenience for the local residents. Rice crops, sugarcane and jute worth lakhs of rupees have been ravaged by the flood wave that is likely to stay even by the next week.

21 Dec 2014 - 9:57pm | Hantigiri Narzary
Security forces claimed to have killed 2 NDFB-S militants at an encounter during the rescue operation of a businessman along the Kokrajhar-Chirang inter district border on Sunday. The encounter took... 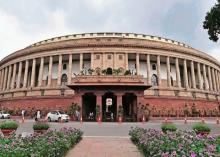 In the name of democracy

24 Feb 2014 - 1:04pm | AT News
Chief minister Tarun Gogoi on Monday made it plain and simple that the government won’t allow anybody to occupy forest land and water bodies.In his address at the land patta distribution function at...