Chief minister Tarun Gogoi has congratulated five-time world champion boxer M C Mary Kom for clinching the gold medal in the ongoing 17th Asian Games at Incheon in South Korea. In a statement here, Gogoi said,” her gold clinching performance has assumed more importance because she has become the first ever Indian woman boxer to have won a gold medal at the Asian Games." Mary Kom, 31, defeated Kazakhstan's Zhaina Shekerbekova in the flyweight (51KG) summit clash at Incheon to become the first Indian woman boxer to clinch a gold medal at the Asian Games. .

Crop insurance is the life insurance scheme for farmers

9 Dec 2008 - 9:23pm | editor
Uttar Pradesh is one of the most important states of the country in terms of agricultural production. More than 85% of its population is rural based and depends on agriculture for its livelihood.... 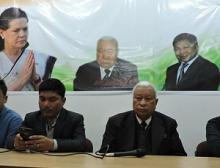 29 Apr 2017 - 8:26am | Rajiv Roy
If we are to assess one thing clearly about the 2018 Assembly Election to the Meghalaya Legislative Assembly at this point in time then it is the focus and charisma that is awaited coming January....
Follow @Assam Times