The Assam Human Rights Commission will issue notice to Darrang district magistrate on the recent death of two babies after vaccination.

A division bench comprising chairman Dr. AH Saikia, member Tarun Phookan decided to issue notice to the district magistrate to probe into the circumstances leading to the death of the two babies and the ailment of some others after being vaccinated. The magistrate would be asked to submit the report within 30 days from the receipt of the notice.

The shocking incident took place on December 13 where the two babies died after their vaccination at the Gorubandha Primary School in Kolaigaon.

According to report, 2 nurses  namely Yamuna Deka and Jyotsna Ara Begum administered the second dose of the vaccine (DPT) to some of the babies. Immediately after the vaccination, Kushan and Mrinal started vomiting showing some abnormal behaviours before being rushed to Kolaigaon State Dispensary. On Monday Kushan dead in the hospital. Mrinal was rushed to the Mangaldoi Civil Hospital. But only to be declared dead.

18 Dec 2017 - 7:24pm | AT News
NAMRUP:A decomposed body recovered in the Dilli river bank struck no less sensation on Monday. Local residents spotted the male body floating on the river and put it on the bank before they allowed... 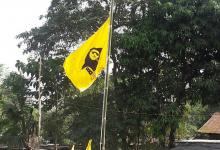 11 May 2017 - 8:00pm | AT News
After a ling wait, the three day special Assam assembly session on Thursday passed the Assam Goods Services Tax,2017 opening a new leaf in the country’ tax regime. This would pave the way to...