All out against Modi govt

A huge Congress rally in Guwahati on Saturday vowed to go all out against NDA government at the Centre citing many U turns on a number of vital issues confronting the state.

In his address, chief minister Tarun Gogoi said that Modi’s magic was temporary which has been saying many times. But, he said, the people of Assam have got to see his anti-people policies. According to Gogoi, it will not last long anywhere in the state.

Addressing his first public rally after assuming APCC presidentship Anjan Dutta said that BJP won’t be allowed further to deceive the people. He said that his party will retain power in the 2016 assembly polls.

Much to the encouragement of the party, over 50,000 people joined the rally from different parts of the state braving the biting coldwaves that sweeps the state from early in the morning. The party deployed over 500 buses and other vehicles to ferry people from different places across the state.

AICC general secretary Dr CP Joshi was prominent among the senior leaders who attended the rally which passed off peacefully.

Party insiders told Assam Times that the rally would help the party boost the morale of the state ruling party one year ahead of the assembly polls. 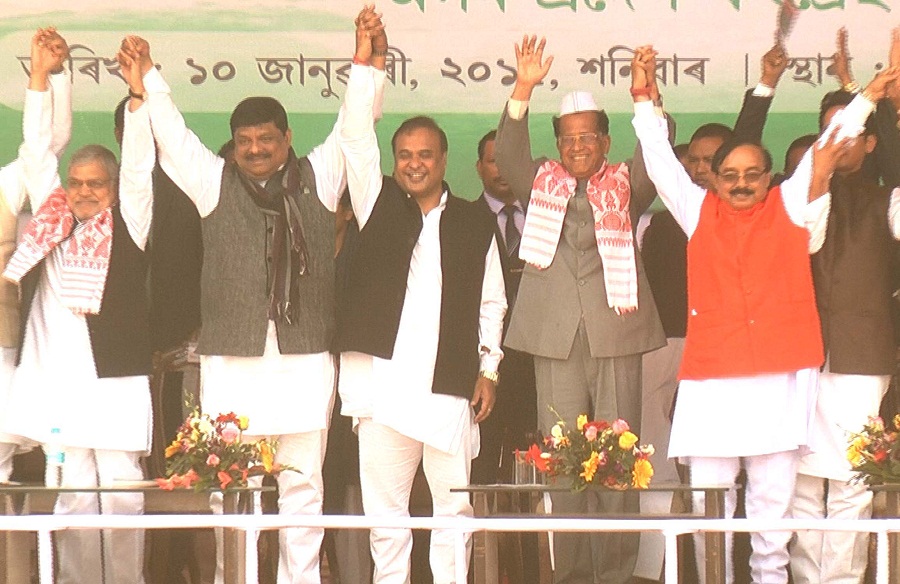 Japanese Encephalitis claims one in Udalguri

18 Jul 2018 - 7:59pm | Shajid Khan
UDALGURI:  The monsoon related fever has began to raise its ugly head in Udalguri district.Japan Encephalitis (JE), Malaria have started reporting and JE has already claimed a life. A native of...

15 Mar 2010 - 6:34pm | editor
Assam chief minister Tarun Gogoi is all set to table the state budget for 2010-11 just a shortwhile from now. This will be his last full fledge one in his second term. According to sources, to be...