Gory clash: 3 of a family dead

Three people of a family died in a clash along the Assam-Meghalaya border sending shockwaves across the state on Monday.

The gory clash took place at Phulbari on Sunday evening where a youth hacked to death his  maternal uncle following a family clash. Identified as Khairul Islam, the youth was arrested by police hours after he Minaruddin Ahmed with a sharp knife.

But the situation turned more violent turn when an angry mob in the area set on fire Khairul’s house were his parents died.

Later policemen dispersed the mob before launching a massive man hunt to nab the cuprits involved in the gruesome incident. 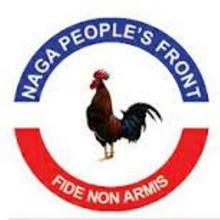 3 Mar 2018 - 10:43am | AT News
MARCUS KANYAKKOHIMA: The ruling NPF in Nagaland is taking an early lead and if this trend continues the regional party will retain power in the north eastern state where counting of votes is underway...

16 May 2008 - 12:08am | editor
Players of Guwahati and Hojai seen in action during the inaugural day of the All Assam Inter District Hockey Tournament held at Tezpur District Sports Association in Tezpur on 15-05-08. Pix by UB...