Bowing down to an escalating pressure 3 more MLAs have put in their papers in Manipur on Thursday. Phungzathang Tonsing, Dr Chaltonlien Amo and T Vungzagin resigned after they hardly saw any possibility of withdrawing the three controversial bills that triggered howls of protest in the north eastern state.

Contrary to what was widely believed, home minister Gaikhanngam did not resigned. He would not follow the suit. He confirmed it saying that he would remain firm on his stand.

13 Apr 2017 - 6:58pm | CM Paul
Bandel: The prior of the oldest Catholic church in eastern India has called people to forgive others and tolerate each other “as a practical way” to form a community of peace and harmony. “Whatever... 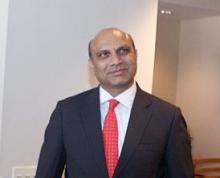 7 Jun 2013 - 10:03am | Abdul Gani
Good news for the north-eastern students as the Shillong Campus of English and Foreign Languages (EFL) University will soon be set up permanently. Union Human Resource Development Minister M.M....

26 Mar 2014 - 10:09pm | AT News
Brisk preparations have reached its final stage to hold two huge poll rallies by Rahul Rahul Gandhi Monday.The AICC vice president will land at the Dibrugarh airport at 1 in the afternoon. Then he...