The Nationalist Congress Party has removed TL Semdok from the post of Convener President of Nagaland and also withdrawn all official assignments given earlier to TS Semdok.

The NCP said the step to remove TL Semdok was necessitated as Er Semdok has instructed the counsel to withdraw the SLP No. 3335/2015 pending in the Supreme Court without consulting the National President or the party officials at the headquarters in New Delhi. The NCP said Semdok is being replaced by the newly appointed convener of Nagaland State NCP, Miathou Krose as the Petitioner in the above said case.

8 Jul 2009 - 8:40am | editor
The United Liberation Front of Asom (ULFA) said a section fake ULFA activists are on an extortion spree in the state. In a statement release on Wednesday, the banned insurget outfit’s finance... 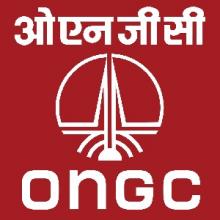 23 Sep 2012 - 4:19am | editor
For the first time the dangerous dengue strikes the state with altogether 13 cases. The cases reported mostly from Guwahati and its surrounding areas. Nine cases were reported from Kamrup (metro)...