The BPF party strongly condemned and demanded inquiry into killing of Bishnu Boro,who was killed by unidentified miscreants at Padmabil village under Serfanguri PS on May 1 in Kokrajhar district.

Former BTC MCLA and president of Dotma block BPF committee Indra Mahan Brahma expressing serious concern over the incident termed that it was unfortunate incident in the area.He has denied the allegation levelled against him into incident from BTC MCLA Jyotirindra Brahma said that it was baseless allegation on him.He said that no any party member and activists was involved behind incident.

Brahma also demanded inquiry into incident and punish the involved culprits as per law,besides urging district administration to take stern step into incident. 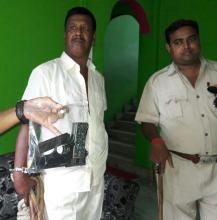 9 Jul 2016 - 4:46pm | AT News
The police have unearthed a huge den of druglords hours after they arrested a notorious peddler in Tinsukia who was believed to have made some sensational revelations during interrogation.Popularly...

22 Feb 2008 - 2:30pm | editor
Bharatiya Janata Party president Rajnath Singh on Friday has warned that the country could land in big trouble if the government fails to check the stepped up activities of the Maoist rebels who have...

16 Feb 2018 - 5:26pm | AT News
Guwahati: A national level patriotic people’s forum demanded the immediate reopening of Karmavir Nabin Chandra Bardoloi library for the common people in general and book lovers in particular. In a...