A massive protest is waiting to erupt in Nagaland as the deadline fixed by the influential civil society groups for Chief minister TR Zeliang to quit office ends on Friday.

Security forces are fanning in Kohima and Dimapur to deal with the impending law and order mess.

Army, police and para military forces are intensifying street patrolling in the capital city of Kohima apprehending mob violence as the chief minister’s office has made it simple that under no circumstances he would quit because of the pressure mounted on him to do so.

His refusal is believed to have made the protesters more angry who are discussing the next course of action in any form. “We are well prepared to go to any extent if the chief minister refuses to resign. Let the deadline expire. We will show,” a protestor in Kohima.

The anger griped Dimapur and Kohima when the government held the civic polls with 33% reservation for women despite widespread. Two protestors were killed in Dimapur in police firing triggering an a reign of violence in both the cities.

The angry protestors served four days ultimatum for Zeliang to quit which expires on Friday.

31 Jan 2014 - 12:33pm | AT News
ULFA finally confirms death of lady cadre Dalimi alias Anju Saikia.In a statement issued to media, the banned insurgent outfit said on Friday that she was missing since January 5 and her body was... 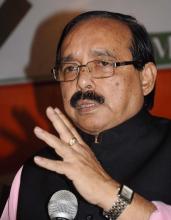 Situation does not match PR: Dutta

28 Dec 2014 - 8:49pm | AT News
The Assam Congress on Sunday maintained that the cycle of violence which is now under control does not match President Rule a day after prominent political parties along with several organization...