As many as ten people are believed to have lost eye sights after they underwent a government sponsored cataract surgery in Nagaon district recently leaving the health department in a state of controversy.

A team of ophthalmologists conducted the surgeries on March 7 and 11 at the civil hospital under the National Blindness Control Programme where altogether 40 aged people attended.

Of them, 30 have recovered successfully while ten others have complained of losing eyesight who were rushed to the Sankaradeva Nethralaya in Guwahati for better treatment.
Doctors have blamed serious infections for it and assured the patients of all help for an early recovery. 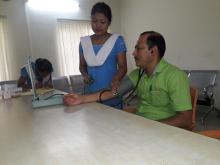 3 Jun 2017 - 12:30pm | Nava Thakuria
Nilakantha, a middle-age scribe of Assam, participated in the weekly evening OPD clinic at Guwahati Press Club out of curiosity. He had a brief discussion with the attending doctor, who advised him... 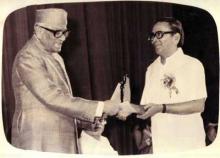