Kidnappings and Extortion in Assam: The numbers are staggering

The recent spurt in crime and violence in the state is a danger signal and needs to be curbed with immediate effect. There is an alarming rate of dacoities where single elderly people have been targeted resulting in their death in many cases. Kidnappings are on the rise with murdered FCI official P C Ram, Cement Corporation of India’s mining engineer KN Jha who died of cardiac arrest while in captivity and junior engineer with PWD Ajay Deka being the newest victims. The statistics of abductions in the state in the year 2006 are staggering where a total of 303 adult males and 460 adult females were abducted of which 274 males and 384 females were recovered. Moreover there were a number of children kidnapped in the same year. About 365 male children and 690 female children were kidnapped out of which 337 male children and 648 female children were recovered. Out of theses staggering numbers there are others figures which do not find place in the police records as most of these cases are never reported.Most female children as well as adults are in many cases pushed into the flesh trade sometimes by force or sometimes by luring them with better options of survival. A study conducted by the Global Organisation for Life Development, an NGO, in co ordination wit the Guwahati police has revealed that a startling 14 percent of those involved in prostitution are children aged between 10 and 17. Child prostitution is a direct outcome of poverty where many children are initiated into the trade by acquaintances or relatives and sadly in some cases even their own parents have played roles of their children’s pimps. Extortion has become a convenient source of pocketing some fast bucks which is luring the youth in hoards. The police are unable to contain this menace owing to manpower shortage and public apathy. The public should arise from their complacency and voice their opinions against such lawlessness. Political parties should take constructive steps by working with the government and bring the culprits to book instead of lambasting the government at every given opportunity. For demanding a change in governance is not the solution to every problem in the state but proper planning towards eradication of such evils and implementation of these plans will only solve these problems. If timely action is not taken these evils will take roots in our society and turn it into total anarchy.

21 Aug 2015 - 8:24am | AT News
Massive landslide in Meghalaya continues to disrupt surface communication in the entire north eastern region on Friday.Hundreds of vehicles bound for Guwahati anf Silchar, Mizoram and Tripura have... 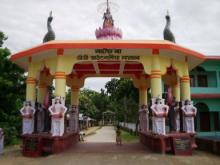 21 Jul 2014 - 2:35pm | AT News
Finally Dr Himanta Biswa Sarma put in his papers as health and education minister on Monday. Dr Sarma, who has been spearheading the dissidence drama in Dispur shot off his letter to chief minister...