The new school building of Corramore TE LP school was inaugurated on September 20 to much delight of the students and teachers.The building was inaugurated by Ramani Barua while Atul Sarma,Headmaster of the school prsided over the inaugural ceremony which was also attended by students and teachers of nearby schools of Corramore and Hatigarh.Ranjit Tanti, principal, Bright Star English School, Hatigarh attended the inaugural ceremony as the chief guest.

Speaking on the occasion he recalled difficult days of the school during 2009, when even after the government approval, Corramore tea garden management didn't allow construction of the school building.

He expressed regret that no organization or individuals had come forward for the cause of construction of the school building since 2009 to 2016.It was only in 2016,that tea garden management was convinced to issue NOC in favor of the school. Tanti requested parents, teachers, union leaders and local youths to care of the school for the better future of the children of the locality. 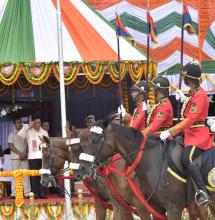 15 Aug 2017 - 10:52am | AT News
Defying rebel diktat Assam along with other north eastern states joined the nation-wide Independence Day celebration with traditional pomp and gaiety on Tuesday.  Chief minister Sarbananda...

29 Jul 2012 - 2:52am | editor
Prime Minister Dr Manmohan Singh announced a huge 300 crore package to pacify the boiling BTAD areas on his hurricane visit to Kokrajhar on Saturday.Addressing a press conference in Kokrajhar he said... 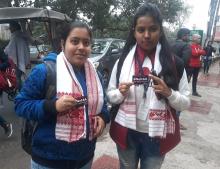