Public awareness is the need of the hour for Assam

Assam is a cauldron of violence at present . No amount of talks, prayers, or security measures is going to take away this epithet from Assam. Rebel groups were, are and will always continue the dance of death in our mother land whether we like it or not. The wellbeing of the subjects of Assam are of no concern to any extremist group as all of them are busy in achieving individual aims at the cost of the people and making them pawns in their dirty politics. After all the goal of every group is to procure the ruling chair and when one group comes overground when their aims are achieved a new dissident group will take their place. Bomb blasts have become a daily affair in our lives if not in our locality then some where else. The most recent one being Srirampur in Kokrajhar that witnessed mayhem and bloodbath after a bicycle bomb ripped apart a few shops wounding 10 people. A similar or maybe even more damaging disaster was averted in Tinsukia after the timely intervention of security personnel who foiled the ulterior motives of the rebels. But this was a lucky break and they come few and far between. We have witnessed that scores of people mainly innocent bystanders have lost their lives across Assam since January due to militant attacks. Many families have lost earning members, children have lost their father’s, many parents have lost their sons and daughters and are fighting to cope with their loss. The rebel groups are not concerned about humanitarian grounds for there prime concern is the so called welfare of the state (whatever they interpret it to be) albeit they forget that the people ‘are’ the state. Perhaps they are not even looking for a solution as it has turned into a profession and a lucrative one at that. In such a state it becomes the prerogative of the people to look out for themselves. The government and no amount of security measures is going to prohibit such incidents if the public does not act. Security has been beefed up in the state but a handful of personnel cannot vouch for the safety of an entire state. The people on their part should remain alert to unnatural proceedings around them and do their bit for the state. One should report suspicious behaviour however minor they appear to be for you may never know that unknowingly you might be harbouring questionable characters. Rickshawwallahs, Autorickshaw drivers, shop owners, vendors, kiosk owners being the most vulnerable they should inspect every customer and check every baggage before letting them in. For if we take note of all the bomb blasts that have taken place the bombs were either found in these places. The situation calls for public awareness for only then we will be able to lead a peaceful life.People all across the Globe can also contribute by highlighting the seriousness of the situation in Assam in our respective circles and to influential circles within the Government and Business. Public awareness outside would also contribute a great deal in helping to ease the situation in Assam as it is would help to ensure that the Government and the public agencies work more efficiently

Permalink Submitted by jay on Wed, 05/12/2007 - 04:16
This is a menace engulfing Indian in general and Assam in particular and can only be dealt by the people. There is no force or remedy which can solve this problem, PEOPLE and ONLY PEOPLE have the key to this problem but unfortunately the tier which act as a major hindrance to this are own representatives, the so called Politicians. The very essence of this article lies in the fact that only common people pay for the deeds of politicians, on whom the public laid their trust. Maybe articles like these may bring some awareness, all the best.

7 Nov 2017 - 7:35pm | AT News
The police probing the ₹30 crore ad scam have arrested publicity and public relations director Ranjit Gogoi alleging his involvement in it.  After medical check up in the evening, Gogoi, the... 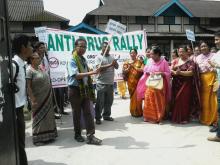 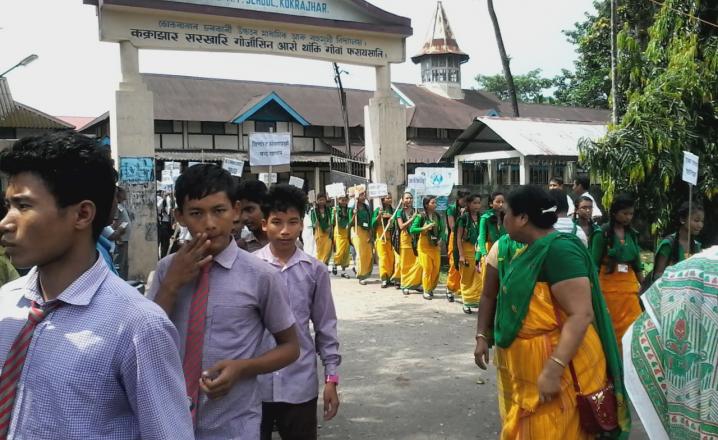 26 Nov 2007 - 1:08pm | Dibya J Borthakur
"Though Tiwa Autonomous Council has many times failed to develop the livelihood of the Tiwa people in the state, TAC executive members have been snatching a major portion of money in the name of...
Follow @Assam Times