GUWAHATI: Yet another tainted officer wanted in the APSC scam has surrendered before police four days after she went underground.

She is none other than Sunayana Aidew, the tax superintendent posted in Nagaon. Then she was immediately attested to be produced before the special court which remanded others to 14 days police custody.

The nephew of rail minister of state Rajen Gohain came to Guwahati early in the morning and surrendered before the special operation unit set up to probe the scam where 19 ACS, APS and allied service officers were arrested.

1 Jul 2015 - 1:51pm | Hemanta Nath
The National Investigation Agency (NIA) on Monday had taken into custody of a top leader of Nationalist Socialist Council of Nagaland-Khaplang or NSCN(K) allegedly involved in the conspiracy behind...

13 Dec 2016 - 9:51am | Sanjib Kumar Borkakoti
The great contribution of Srimanta Sankaradeva, Bargeet is getting diluted over the years as the singers do not learn it properly. Most of them even sing these classical songs like modern songs,... 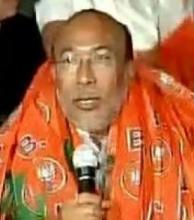 19 Mar 2017 - 11:38pm | Hemanta Singh
The stage is set for N Biren Singh and his government in Manipur to face the floor test on Monday.BJP leadership in Manipur told Assam Times that they were just expecting a formal announcement adding...