The much-hyped model BTC is a distant dream in Tangla if catches a glimpse of the vital roads in Udalguri district. The process of development confines to paper only. Example may be made of the Tangla-Bhergaon road which falls under Khalingduar and Mudwibari, Bhergaon BTC constituency and 64 No. Panery LAC, besides No. 8 Mangaldai Lok Sabha constituency, is the only motorable road connecting subdivisional headquarter town Bhergaon with culturally inclined centre of trade, commerce and education - Tangla.

The road has large potholes which give commuters a harrowing experience. While the EM of Khalingduar, Bonjar Daimari, who is also the incumbent chairman of Tangla Town Committee (TTC), laid the foundation stone for the improvement of the Tangla-Bhergaon road from Tangla Charali to a stretch of only 607 metres under the 5th State Finance Commission for the year 2017-18 under TTC at an estimate of Rs 60 lakh on September 10. But even after passage of two months, the work has not initiated. 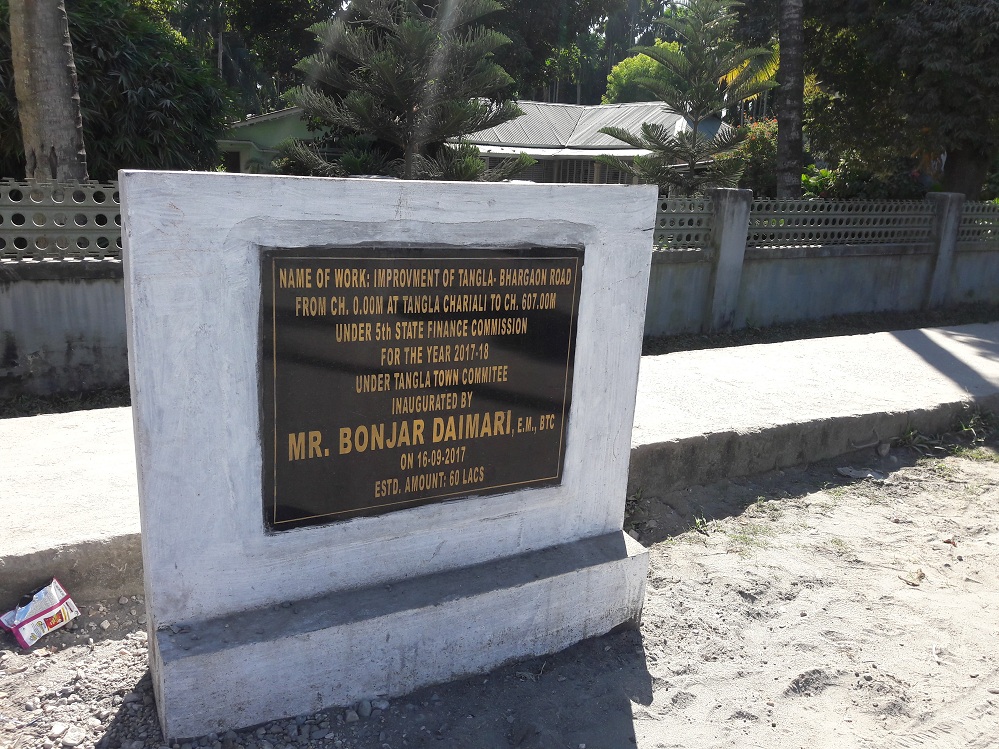 1 Jun 2008 - 11:58pm | editor
ULFa has killed a gaonburah in lower Assam’s Udalguri disitrct on Sunday afternoon.. According to information, the goanburah of Dolongghat Khagendranath Deka was shot dead at Bhakatgaon by two...

30 Jan 2014 - 9:46am | AT News
The Assam government comes in for sharp criticism for the bloodbath in Bihali a day after at least 10 people were shot dead by Arunachalese militants.Local residents told Assam Times that for the...

23 May 2016 - 7:12pm | Sasanka Talukdar
Two youth died on the spot in a fatal accident at Baghmara, Monday around 2.30 pm. The incident happened at Bajali when the duo's speeding motor cycle collided with a truck head on after hitting a...