OFT, in the stilly night,
Ere slumber's chain has bound me,
Fond Memory brings the light
Of other days around me:
The smiles, the tears
Of boyhood's years…

(The Light of Other Days- Thomas Moore)

As I sit down to reminisce my days in school when it completes a monumental journey of fifty years of existence—these lines come back to me bringing along a collage of pictures of different hues strewn across time. I had the privilege to have studied in a Montessori School that in course of time metamorphosed into a full fledged high school and earned the rare recognition of being the first provincialised English medium school in Assam. Kushal Konwar Balya Bhawan, as the school is presently known as, was established in the old Gymkhana Club at the heart of Golaghat town and stands opposite to a grand white-washed bust of Kushal Konwar--the legendary freedom fighter. I remember our teachers taking us to offer floral tributes to the martyr’s memory on different occasions inculcating a deep sense of love and respect to those who laid their lives for the struggle for independence. The name of Kushal Konwar invoked a sense of pride in all of us. 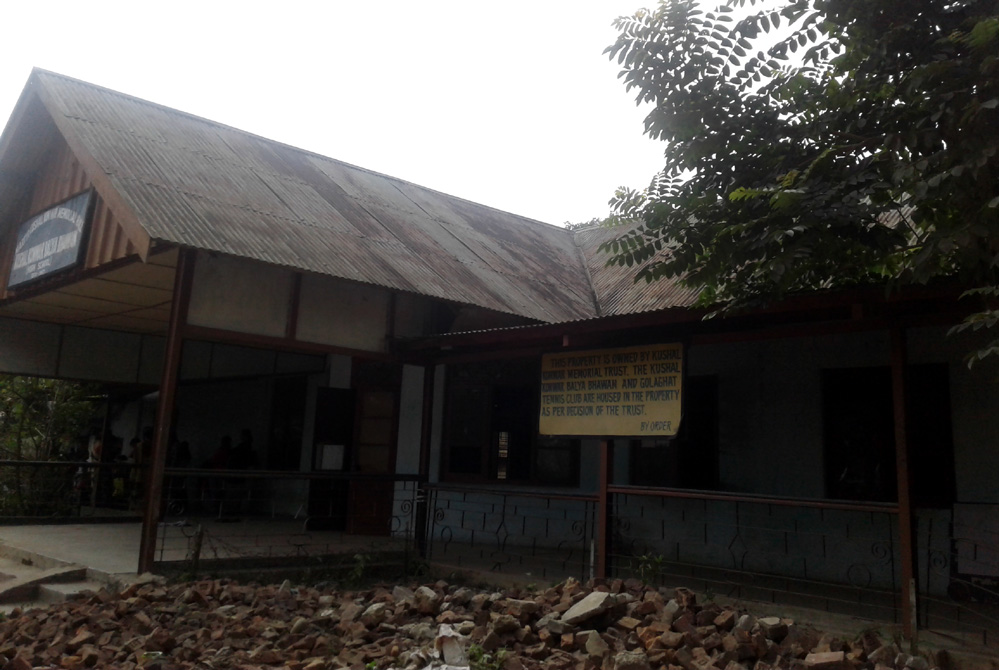 Golaghat unfurl memories of childhood and adolescence, of days rollicking and thought provoking and (for many like me) continues to be the bucolic idyll of a bygone era with a noticeable laze in its pace! This sleepy residential old town in upper Assam without air connectivity and off all the highways has neither known of any industrialization before the setting up of the NRL in the ‘90s nor any significant economic importance of its own but has preserved its wilderness, along the unique heritage of antiquated and cultural monuments. The legacy of the British planters is evident in much of the old-fashioned structures—both public and private--and the multi-colored social fabric could be seen in its unique social life style. A fairly large number of tea estates were established in and around Golaghat during the British era and the administration realizing the importance of the town elevated it to the status of a sub-divisional headquarter. Soon Golaghat became a favorite haunt of the British tea planters who would throng the churches for Sunday mass or seek relaxation in the grass court in front of the Gymkhana Club. I remember my grandmother recount those days and would often refer to the ‘turbulence’ created when the ‘club’ (She referred to our school as the ‘club’ only) was set ablaze by the local revolutionary leaders as the Quit India movement was gripping the nation. The local residents were also fined by the British administration for this ‘act’ and the collective fund was used to rebuild the old club in the same style.  After the British left, the Trust Committee entrusted to look after the club affairs, decided to sale the property to private bidders. However, due to strong opposition by some eminent personalities of the town who persuaded the civil SDO to impose restriction on the move, the Gymkhana Club was purchased as a public property and transformed into Kushal Konwar Public Hall and Library under a Trust Board. The Board decided to run the Golaghat Sub-divisional Library from this hall and also to start a primary school in the name of Kushal Konwar.  On September 15, 1967, Kushal Konwar Montessori School was started. The school was rechristened as Kushal Konwar Balya Bhawan, but the townsfolk continued with the name ‘Montessori’, a throwback to the school’s early years!

Till the later part of the 70s, when we were still at the lower section, the enrollment was quite few. I remember much of our outdoor activities took place under the big banyan tree in the school premises and it seemed the shade of the big tree could easily accommodate the ‘whole school’! From nursery to class X, almost everybody seemed to know everybody! As we reached the upper section or high school, the number of students also swelled. I grew up with the school and it was a pleasure to see the school grow with us, getting new classrooms, winning accolades, and making us proud to be part of the institution.

The sense of routine and strict discipline in those formative years sometimes tend to create monotony too; more so because our teachers hardly took off or missed school! A rare opportunity would present itself when the principal was away for some ‘provincialisation-related work in Guwahati” and the whole school would clamour for a half day or at least the final bell to be rung a period before the scheduled time! On the other hand, the very presence of the principal created a sense of awe. There was an abrupt silence that would descend on the classrooms as she passes and that tells of the profound effect she had on the behavior of her students. Teachers preferred to deal with the students not with the rod but rather with as much stinging sarcasm one could lightheartedly muster. However, it was not the dread for that sarcasm but the sheer dedication and sincerity that commanded the pupils’ reverence for the teachers.

Away from the monotony of textbooks, much of our recreational life also revolved around school. Sports and comics filled up the free time. Thanks to the wonderful library that shared the same roof with our school-- the habit of finding solace in books and making wonderful friends with the characters grew.

The annual sports commenced with the annual fun fare and variety show—events that we eagerly wait for. Those were some occasions in the early years when the school would have an opportunity to collect some funds. Each of the students would create, design or bring something to be sold in the exhibition for fund raising.  I persisted on getting something from ‘Dusenco’ (Doss&CO)--perhaps the oldest department store in the State that once sold butter and apples from Holland, cakes and biscuits from Calcutta and Whiskey from Scotland to the British clientele. The one-stop shop offered everything from imitation jewelry to Duck back raincoats to Cadbury’s and I would insist father to get something worth for my school! The cultural nights of the school’s annual function were mostly held in the Amateur Theatre Hall packed with audience. While I cherish those theatrical performances, I also remember the dread to take the podium in the same Hall when we represented school in the debating competitions. However, with continuous appearances in quiz and debates, I got rid of my fear of public speaking.

To quote Prof Humayun Kabir: “With efficient and devoted teachers, even the worst of systems will give good results. On the other hand without such teachers even the best of systems can become a mockery”. We had seen for ourselves, the dedication of our teachers, more particularly the principal Mrs Pramila Tamooley, whose untiring efforts paid off when the school was granted recognition as a provincialised English medium high school in November, 1991. Surely, it was the school, the teachers and the principal who carved out the best in us. Most importantly, we had in all our teachers the sincerity and devotion needed to guide the very young minds from various backgrounds to improve and increase in the knowledge of English as a language. 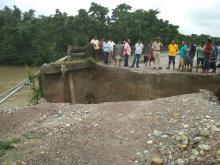 11 Jul 2017 - 11:54am | AT Kokrajhar Bureau
The flash flood water due to incessant rain has washed away two bridges along the 31C national highway near Gurufela under Gossaigaon subdivision in Kokrajhar district that created road communication...

BPF would emerge as a strong regional party in NE :Pramila Rani

Acharya takes over as Assam Guv 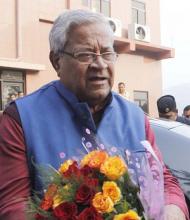