It was a remake of the Assamese movie Chameli Memsaab, which is based on a short story of eminent author-journalist Nirod Choudhury. Released in 1975, the critically acclaimed movie was directed by well-known performer Abdul Majid, where George Baker and Binita Borgohain played the lead roles. The well-admired movie brought the national award for best music direction (by Bhupen-da) for the first time to Assam's film-world. 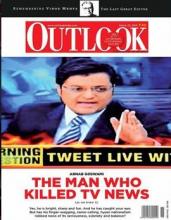 19 Mar 2015 - 1:09pm | AT News
Journalists’ Forum Assam (JFA), while expressing concern at the attitude of a national magazine to portray the editor of a satellite news channel in negative light, argues that the magazine only...

12 Aug 2007 - 9:36am | BandanBharadwaj
It is time for Indias 60th Independence Day. As the rest of the Country and Indians across the world rejoice and get ready to celebrate Independence Day, people of Assam are having sleepless nights...