In a gruesome incident that sends shockwave across the state's media fraternity, some unidentified miscreants gunned down veteran journalist and Executive Editor of Aji, Anil Mazumdar in front of his residence at Rajgarh area in the city of Guwahati on Tuesday night.

According to information, it was at around 10-15 on Tuesday night when some armed miscreants shot dead Mazumdar from a point blank range as he was halting in front of the gate from his car after he had arrived in the place. Immediately after the incident the miscreants managed to escape from the spot. Anil was rushed to the International Hospital where he was declared brought dead.

Police and civil heavyweights arrived in the spot and began investigation. But there is no lad in the case.

Several political and social oganisations have condemned the attack on the veteran journalist and have demanded exemplary punishment for the culprits involved in it. The journalists are holding a protest rally at around 1 on Wednesday afternoon at the Guwahati Press Club.

Meanwhile, Assam Chief Minister Tarun Gogoi has condemned the killing of Anil Mazumdar and has asked police to immediately apprehend the culprits involved in it.

10 Jul 2013 - 10:09pm | AT News
Assam chief minister Tarun Gogoi on Wednesday asked Shantikam Hazarika to go on leave. The bid to end SEBA deadlock came up when AASU leaders talked to chief minister at Koinadhara on Wednesday. Then...

2 Jul 2013 - 9:23am | Mowsam Hazarika
In an attempt to supply quality disease free planting material to the farmers, a Plant Tissue Culture Laboratory has been set-up by Sreedhar Apex Biotech in Bagbahar (Dwarbond) village of Cachar... 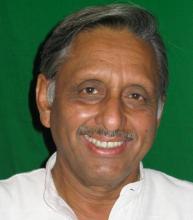