Institution of Assam scholarship at the US University welcomed

The institution of an academic scholarship, named Assam Scholarship, for the undergraduate students studying Economics or International Business at Sam Houston State University (SHSU) in Huntsville, Texas, USA has been very much welcomed. Dr. Hiranya Kumar Nath, Associate Professor of Economics at SHSU, has established this scholarship with the help of his fellow expatriate friends and acquaintances living in different parts of the US to enhance the name recognition for their native Assam. According to Dr. Nath, in order to attract foreign investment in the global economy, it is extremely important that the host region or place (for foreign capital) is known to the prospective international investors and business communities. He has learned from his extensive travels across the globe that Assam is relatively unknown to the outside world and that is the first major hurdle as Assam strives to achieve economic growth and development in the current global economic environment. This scholarship is purported to increase awareness about Assam among students, faculty members, and parents in US universities and thereby to introduce Assam to the current and future generations of international investors. The one-time scholarship of USD 500.00 will be awarded every semester to a third/fourth year undergraduate student who demonstrates academic excellence.

This year, the Assam Scholarship has been awarded on April 24, 2009 to Ms. Veronica Castillo, an International Business major from Houston. This is for the first time that this scholarship has been awarded. Veronica is a member of Beta Gamma Sigma Honor Society and has been on the president’s honor list the past two semesters. She will graduate in December 2009 and, after graduation, plans to pursue an MBA.

Nabajyoti Sarmah, SLG Lecturer and Head of the Department of Economics at Sibsagar College and Ms. Nabanita Baruah Subject Teacher of English at Betbari Higher Secondary School in Sibsagar were present as special guests at the award ceremony held at the College of Business Administration, SHSU where Ms. Baruah presented the award to Veronica. All the conscious circles in Assam particularly of Darrang and Udalguri districts,including Mangaldai Media Circle have highly appreciated the spirit of Dr.. Hiranya Kumar Nath for his praiseworthy initiative.

Permalink Submitted by Nareswar Sonowal on Fri, 08/06/2012 - 14:09
We are glad to know about the excellent initiative & guidence for the students of Assam and we are proud and extend our heartiest congratulation for such kind of steps taken by "YOU' and we are confident with your leadership, our students will shine in the Global economy and world pepole will recognize ASSAM/INDIA as one of the most developed Country. AAMI BHAGABANOR USARAT PARTHANA KORISO JATE APUNI AKHOM/AKHOMIA JATITUK ARU AGUAI NIBOLI APUNAK HAKALU HAKTI DIEA. 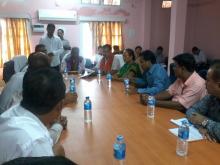 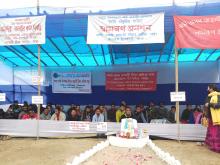 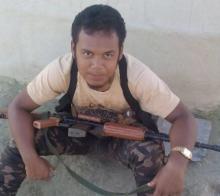