Raha : The overall flood situation in Nagaon district remained grave for the second day today as incessent rain has been keeping all the rivers of Nagaon district constantly in spate. The major rivers of Nagaon district Kolong , Kapilee and Barpanee are flowing above danger level. It is learnt from official sources that eighty five villages under Raha Constituency and 10723 hectares area of Paddy fields have been badly damaged by flood water. Many houses have been washed away along with 7 persons which includes 2 children by flood water. Road communication between Baithalongsho and Kampur and Baithalongsho and Hojai have been cut off as surging flood waters inundated several portions of the High-ways of these places. Many people of Kampur, Kachua , Chaparmukh, and Raha areas are taking shelter in colleges, high-schools and railway lines. The worst affected people of Jarabaree Mouza are taking shelter on Bashundharee and Tilaa hills.

It may be mentioned here that the district administration has not yet come forward to help the people of flood affected areas. The state forest minister Rokibull Hussain has visited the places and ordered the administration to provide all kind of help to the affected people. Ina few places relief camps have been opened in some schools but the relief provided so far is inadequate.

Meanwhile the flood situation in Dhemaji District continues to be bleak as floods have entered Dhakhuakhana town and the Bailey Bridge is also under threat. Supply of essentials are being maintained from North Lakhimpur town. 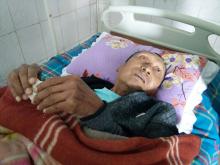 Voice from the Udalguri relief camps

4 Nov 2008 - 4:45pm | Monjib Mochahari
The unfortunate communal conflagration which erupted on 3 Oct. between indegenous tribes and the illegal Bangaladeshi settlers in Udalguri and Darrang districts of Assam, left more than a lakh...