Forest Minister Pradyut Bordoloi said the decision has been taken in the light of suggestions made by renowned wildlife experts from across the world for overcoming new challenges in the management of the world heritage site Kaziranga. The experts had identified increasing traffic flow along the highway passing through the park as the biggest challenge to the park animals and rich biodiversity of the sanctuary.

On an average 55 animals are killed by speeding vehicles along NH 37 every year. The Minister said that the flow of traffic would increase many times if it is converted into a four-lane express highway and would pose a grave threat to animals, which migrate to highlands across the highway for shelter during flood. Once the Centre agreed to diversion of traffic of heavy vehicles, the 80-km stretch of NH 37 would be regulated by allowing only tourist vehicles and small cars.

Permalink Submitted by paban dutta on Mon, 22/10/2007 - 03:21
North bank of Assam is so underdeveloped. If you not visit the area mainly North Lakhimpur to Jonai, you can't imagine how people are living? And you don't believe that this road is national highway 52. Expantion of National Highway 52, Batorito pai bhal lagil. kamphera hoi uthilehe ananda pam.

2 Sep 2014 - 9:31am | AT News
The Oil India Limited feels the heat of the Singijan incident where four people died and four others have been battling for life. Local residents told Assam Times that a routine check up on... 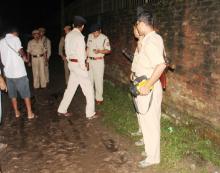 27 Jul 2013 - 11:39pm | AT News
Chief minister Tarun Gogoi said that a task-force would be set up within a month to look into the modernisation of the police and to control terror incidents.Addressing a press conference in Guwahati...