Sonitpur police have unearthed a huge flash trade where girls were taken away from a remote area luring job. Local residents in Pungpani caught two persons on Thursday midnight when they were taking away eight girls to Delhi, Haryana, Punjab and Bihar. Later, they were handed over to police. Police officials are believed to have unearthed some crucial evidence to bust the entire racket which has been running in the area for the last five years.

Assam: Where the constitutional rights have no meaning

25 Apr 2009 - 1:00pm | Daya Nath Singh
‘Persons with disabilities are among the most disenfranchised sections of society. Although the Constitution of India guarantees equality to all its citizens and the Persons with Disabilities...

26 Mar 2016 - 5:57pm | AT Kokrajhar Bureau
A 12-years-old youth identified as Som Soren of Santipur Ultapani was died on the spot and another received serious injured following trampled by wild elephant late last night at Ultapani along the... 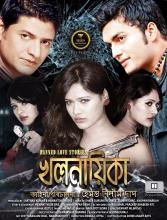 1 Sep 2017 - 11:04am | Pranjal Saikia
In the flourishing genre of Assamese Movie Industry, had the privilege to watch the ‘trailer-promo’ of an Assamese Movie, Khalnayika - The Banned Loved Stories, by Hemant Nilim Das. And the...