The 14 days Dima Hasao Bandh from 5 am of Wednesday (7.3.12) to 5 pm of Tuesday (20.3.12) called by the Dimasa Students’ Union,(DSU) Dimasa Women Society(DWS) and Dimasa Mothers’ Association (DMA) affects the normal life at Haflong.

From morning 5 itself, the business establishment including market, schools govt and semi-Govt offices remain closed. All the vehicles remain off the road. The ASTC also suspended its services.

These organisations are demanding to take back TET from the District of Dima Hasao, to hold fresh process of eligibility test by the Dima Hasao Autonomous Council and to protect their rights and bread and butter.

After a prolong discussion and with the request of EM, Sengyung and DC Sri Dilip Borthakur, the leaders of these organisations however, agreed upon to suspend their 14 day long Dima Hasao bandh from 5 PM today (Wednesday) temporarily up to March 13. The organisations also warned that if the Government fails to fulfil their demand within March 13, they would be compelled to launch agitation for which the organisations could not be held responsible for any incidents. 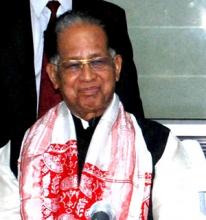 One killed, another attacked

13 Jul 2016 - 9:17pm | AT Kokrajhar Bureau
A NDFB cadre was killed at Choibari area following firing while were coming from Guwahati after producing in NIA case. On the other hand, Dahit Chandra Brahma was attacked by unidentified gunmen at...

Arunachal BJP hits back at Cong

4 Oct 2015 - 7:59am | AT News Itanagar
Amid Congress-BJP blamegame over the refugee issue BJP has accused the ruling party of resorting to partisan politics. In a statement, BJP said they the Congress leadership should apprise the...