Uncertainty is over. Somnath Dasgupta will take over as the vice-chancellor of Assam University in Silchar.
Dasgupta is the director of the National Centre of Experimental Mineralogy and Petrology (NCEMP) under the University of Allahabad. 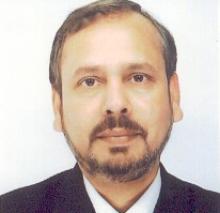 2 Jul 2013 - 9:29am | AT News
Professor Gautam Biswas is tipped to become the next director of IIT Guwahati.The director of Central Mechanical Engineering and Research Institute in Durgapur is all set to replace Gautam Barua,...

Seismic survey on the Brahmaputra

1 Mar 2008 - 3:51pm | editor
OIL's proposed seismic survey on the river Brahmaputra could hit a major roadblock with as many as 10 organisations getting ready to oppose the move tooth and nail. The leading protester Asom...