Janajatiya Yuba Kalyan Parishad took a plantation drive on Sunday at Bishnu Rabha Park, Udalbakra, Guwahati. The park is being set up by the organization as a recreation place. The park also have a stage for holding functions. Very soon this multipurpose park will be ready.

Locals and members of the organization gathered in large numbers for the plantation programme. Some 500 tree saplings were distributed free by the forest department for plantation.

The Parishad was formed about three decades ago for the protection of lands in Udalbakra area. Paniram Rabha, a former congress MLA and a social activist who is also the president of the Janajatiya Yuba Kalyan Parishad, in his inaugural speech recollected memories of old days about the greater Udalbakra area and shared information about the need to form the Parishad then.

Both old and young people were present on this auspicious occasion and planted hundreds of saplings round the park. The far sightedness of the organization had helped to preserve a large chunk of land for a recreation park, besides a playground and a cemetery in the locality. “It is high time to plant trees because we have destroyed a lot, and so we are doing this plantation drive in this park” said Someshwar Boro, secretary of Janajatiya Yuba Kalyan Parishad. 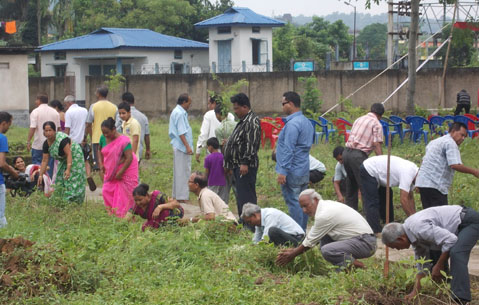 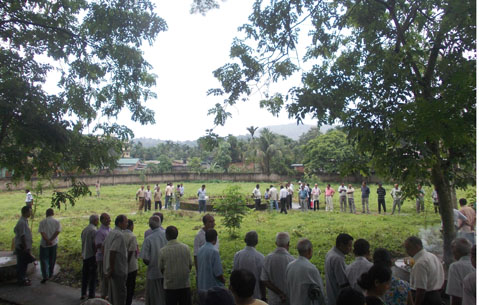 28 Feb 2014 - 4:35pm | AT News
RAJU BARUAH FROM TEZPURA road accident has created no less tension in Tezpur on Friday where an irate mob spared not even policemen and journalist.The road accident took place at 11 in the morning...

The Assamese film industry is ailing

8 Sep 2007 - 8:05am | Rituparna Goswami Pande
It was in the year 1935 that Assamese cinema made its entry into the world of entertainment with its first landmark movie Joymoti by Rupkonwar Jyoti Prasad Agarwala. Assamese cinema continued its...