The Centre has asked for a comprehensive plan to ensure a paceful Lok Sabha poll in Assam slated for April 16 and 23. According to information, the Centre has directed Dispur to chalk out an action plan to ensure that militant attacks do not take place in Guwahati along with Karbi Anglong and North Cachar. The directive was prepared in Delhi a week after a high-level meeting held in Guwahati chaired by Union Cabinet secretary K M Chandrasekar and attended by top ranked officials if any, police and para military forces.

The meeting further reviewed the law and order situation in the state in the aftermath of the serial blasts in Guwahati, Nagaland and Arunachal Pradesh. Moreover, it assessed the security force requirement in the North Eastern states to ensure violence free and fair election. The army and the state police gave separate presentations before the Central team with the police particularly pointing out the ULFA hand behind the blasts in collaboration with Pakistan's ISI.

Permalink Submitted by gautom on Fri, 10/04/2009 - 09:42
If the Government really wants to do something, then instead of withdrawing the militant surrender policy, it should come up with better policies that has more options for economic growth of the entire region. Militancy will automatically end.

15 Mar 2010 - 4:23am | editor
Altogether 10 persons died as the bus carrying them collided it's head on a truck in Tinsukia district of upperAssam on Sunday. The incident took place at around 3 in the afternoon at the busy NH 37...

In Memory of Ranjan Das - My friend, who died so young!

3 Nov 2009 - 3:07pm | editor
Ranjan Das, President and CEO Indian Subcontinent of the software giant SAP passed away at the young age of 42. It is almost impossible to describe in words his multitude of talents and qualities.... 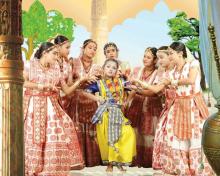 16 Sep 2012 - 4:25pm | editor
A special event on the saint Sankaradeva was organised at Delhi on September 13 as part of the 'Srimanta Sankardeva Movement, Delhi Initiative, 2012' by the Assam Association of Delhi in association...