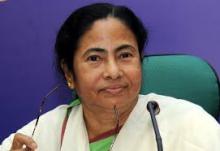 Mounting attack on Mamata on NRC

10 Jan 2018 - 5:12pm | AT News
KOLKATA& GUWAHATI: Even after she was caught in a barrage of criticism, West Bengal Chief Minister Mamata Banerjee continues to take on the NRC issue in Assam calling it a conspiracy against the...

19 Jun 2013 - 8:55pm | Ripunjoy Das
A day’s training on state e-governance service delivery gateway and state portal project [SSDG and SPP] was held at Khonsa, the district headquarters of Tirap district in Arunachal Pradesh in the DC’...