Nitin Khade, Kokrajhar Deputy Commissioner and Returning
Officer while speaking reporters on Saturday  said there are altogether 15, 03,190 voters of which 12,969 voters are identified as ‘D’-Voters in all 10 LACs under  Kokrajhar HPC. He has appealed the voters whose Electoral Photo Identity Card (EPIC) were found mistakes to take other supporting documents to cast their votes during election.
Khade said that there are mistakes in the Electoral Photo Identity Card (EPIC) for which the voters should not be confused about their franchise. He urged the voters to take supporting documents like Passport, Driving License, Service
I-card with photo, Bank and Post Office pass book, Pan Card, NREGA Job Card, Pension Document with photo, Smart Card, Adhar Card, etc.
He also said that the Booth Level Officer (BLO) will distribute Photo Voter’s slip to the voters in their respective households.
Moreover, he said that there will be a felicitation centre for
distribution of Photo Voters Slip at the time of election near the
polling centre.
Khade appealed the voters to take Photo Voter’s Slip along with them while exercising their franchise.

One Police constable dies of heatstroke,another hospitalized in Kokrajhar 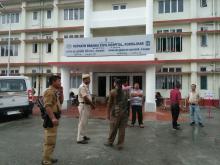 21 Jul 2018 - 8:12am | AT Kokrajhar Bureau
KOKRAJHAR: The rising mercury which seems to give no immediate releive to the people of state is taking toll on the lives of people. An on-duty police constable died of heatstroke while another... 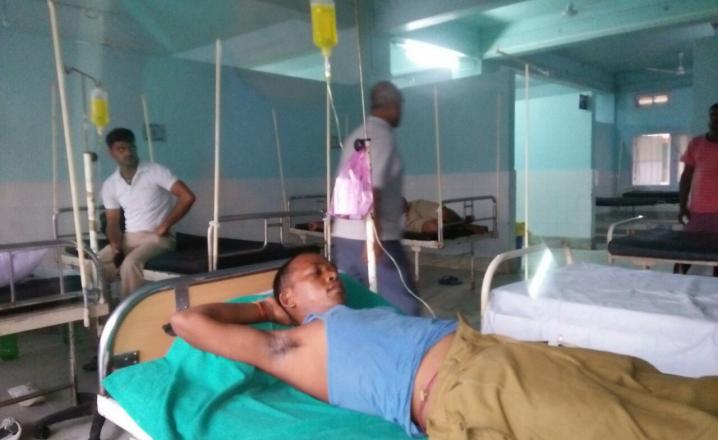 7 Feb 2008 - 7:54am | editor
Participants at the protest rally against kidnapping, killing and anti-social activities to the business community in Dimapur organized by Dimapur Naga Student's Union (DNSU) at Dimapur on 07-02-08....