Journalists’ Forum Assam (JFA) has expressed deep shock at the sudden demise of Ahir Bhairab Borthakur, a city based young journalist, who expired Tuesday morning in a city hospital.

Started his career as a column writer to many newspapers, Ahir later used to work for New Delhi based Down To Earth magazine. He also worked as a content development and screenplay writer for various media outlets.

Some other publications where he was involved include RAVE, Billboard, Incredible India magazine, HolidayIQ, etc. A graduate with Masters in Geography, Ahir did his post graduation in Journalism from New Delhi YMCA.

At the time of his demise, Ahir, 39, was working for Ne Hi-fi (Focus TV Group) as a creative director. His cremation was done at Navagraha in the evening. Ahir left behind his mother, wife and only son. Expressing profound grief at the loss, JFA prays the almighty for peace of the soul in rest.

IS, school principal suspended in Jorhat

7 Mar 2016 - 3:50pm | AT News
Stunned by the Jorhat incident the authorities have suspended inspector of school, Sankardev Seminary HS School principal. SEBA secretary Kamaljyoti Gogoi has also received a show cause notice in...

19 Apr 2009 - 7:51am | editor
The Prime Minister claims that the UPA government worked hard to fulfill its promises and formulated policies which would benefit of the common man.Addressing an election rally at Amingaon in... 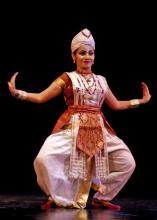 Anwesa Mahanta to perform at Nehru Center, London on Aug 14