Laimwn Sports Club in Aflagaon reached the final match of the Kanakeswar Narzary Memorial Football Trophy defeating Barhungka Athletic Club in Kokrajhar by 4-1 goals via tie-breaker shots in the second semi at the Rup Nath Brahma ground at Ramfalbill in Kokrajhar.

Sayaram Basumatary scored his first goal in 10th minutes in the first half on behalf of Barhungka against Laimwn. Then Basumatary again netted another goal in 50th minutes of the second half while Simang Baglary and Rimzim Mushahary scored one each goal in 53rd minutes and 64th minutes and draw the game in 2-2 goals.

However, in the tie breaker shots Laimwn Sports Club defeated Barhungka by 4-1 goals.

2 Feb 2014 - 9:23pm | Nava Thakuria
His Holiness 14th Dalai Lama today met the Tibet Support Group, Assam and said that the non-violent movement for freedom of Tibet will set an example for hundreds of other nations who are struggling...

19 Feb 2014 - 9:15pm | Drishana Kalita
Kunti Bora, a simple woman from Nagaon formed 22 self help groups encompassing hundreds of women in 6 districts of Assam. Lalthanzami from Mizoram, a victim of domestic violence, set up a piggery... 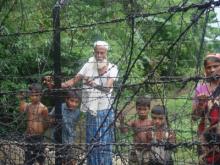 11 Sep 2015 - 8:01am | Yasmin Saikia
The refugee crisis in the international scene is one of the most heart rending issues we are dealing with today. Vast numbers of Syrians, Afghans and Nigerians are fleeing their countries and...