The United Liberation Front of Asom on Thursday threatened to target BJP leaders and activists in the run up to Narendra Modi’s visit to Guwahati slated for Saturday.

In a statement sent to media on Thursday, the outfit demands complete information on the ULFA leaders who went missing during the operation all clear in Bhutan. 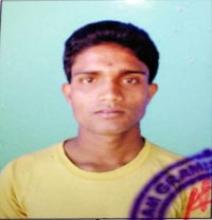 10 Sep 2012 - 9:35pm | editor
Yet another rape incident of Assamese sends shockwave in Delhi. But the rapist has been booked. The incident took place on Saturday where a 19-year old woman from Assam working as a house-maid in...

31 Jan 2014 - 10:13am | AT News
A senior official of a hotel in the heart of Guwahati city has been missing from Thursday.According to information, general manager with the Hotel Hornbill in Paltanbazar area in the city Niranjan...