Normal life comes to a grinding halt on Friday following the 12 hour statewide bandh in protest against Adivasi carnage and police firing in Sonitpur district.

Roads across the state are deserted as the vehicles are refusing to ply. Schools and colleges, shops and markets, banks and offices are remaining closed under the impact of the total bandh called by the various Adivasi organizations.

The bandh began from 6 in the morning which would end at 6 in the evening. Security forces the Adivasi dominated areas are patrolling on the streets to thwart any trouble mongering attempts.

The Adivasi organizations called the bandh in protest against the serial attack by NDFB-S carnage where over 70 people were killed in Kokrajhar and Sonitpur districts on Tuesday evening. 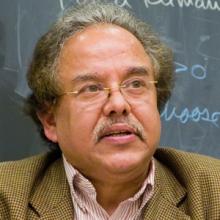 10 Oct 2015 - 5:41pm | AT News
Does the north eastern region in fact survives only in the geographical map of India? Why armed conflict refuses to die down in the region? The real picture is expected to come up when Dr Sanjib...

17 Sep 2009 - 5:35am | editor
All sections of the Assamese society should come up in arms to stop government nuisance. The State Government's dirty gameplan of evicting the indigenous Mising people living on the bank of the...

15 Mar 2010 - 6:34pm | editor
Assam chief minister Tarun Gogoi is all set to table the state budget for 2010-11 just a shortwhile from now. This will be his last full fledge one in his second term. According to sources, to be...