As a unique and pioneering initiative, the North East Zone Cultural Centre (NEZCC) under the Union ministry OF culture is organizing a Production Mela for 113 rural artisans from across the region with an aim to foster the art of traditional weaving and craftsmanship, and expand their market.

On the sidelines, some of the best wood sculptors from the region are also creating masterpieces depicting the cultural heritage of the eight north eastern states. It has started from Saturday and will continue till March 31.

The production Mela aims to engage rural artisans directly to probable buyers and even suppliers with a hope that it will provide a much needed break for some of them.

The traditional art-forms which are practiced predominantly by the rural communities, have little or no access to commercial market, thus, leaving the very art that they practice at grave risk of losing its worth or even worse said Lipokmar Tzudir, Director NEZCC.

He also stated that 'The alarming scenario is that the rural artisans are now opting to hazardous and laborious professions to meet the economic challenges, thus resulting in neglect of family responsibilities, besides health.

The Government of India recognizes that the artisans would be provided opportunities to engage themselves in line of their expertise through various schemes; but the extent of streamlining these resources to the rural areas by the implementing agencies is highly questionable he also mentioned.

Tzudir also said that the NEZCC under the Union Ministry of Culture is more than willing to continue with this initiative in the region, but he also mentioned that it will require other Ministries such as Tribal Affairs, Handloom and Textiles and DoNER besides others, to take a proactive role towards financing such programmes.

"With the number of brilliant artisans we have in the region, we can easily meet the demand of global market, and if the policy makers want to realize the ‘Act East policy', this is one aspect that cannot be ignored, we cannot dream of reaching the moon whilst our own people are starving in their own kitchen” Lipokmar Tzudir said. 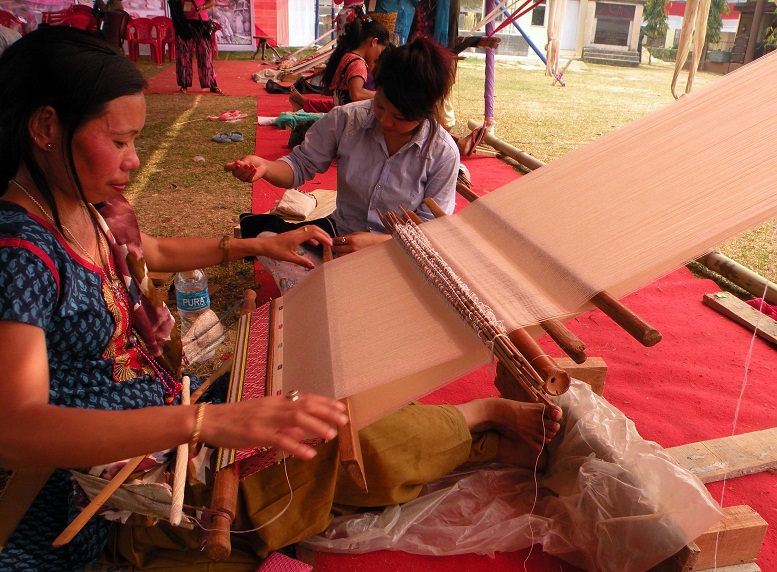 8 Jun 2008 - 7:04pm | editor
Assam's overall law and order situation is improving a bit if the recent Home ministry report is to be believed.The report says there is slight decrease in the violent scenario in Assam adding that...

25 Nov 2008 - 2:50am | Ritupallab Saikia
After losing its reliability among the people of various parts in India Golden Multi Services Club Ltd (GTMSC) is now planning to plunder the people of Assam by establishing its branches in various...

29 Oct 2009 - 10:26am | Nagendra Sarma
According to the highly reliable sources, a strong hold Naga militant group of NSCN has been giving Armed Training to ‘ANLA’ (Adivasi National Libration Army) in different camps along...