Staying outside Assam for a few years now, earlier in Delhi, Chandigarh, Bangalore and now in London, I have always noticed how strong the emotions run across every Assamese’s blood when it comes to our region and its festivals. And rightfully so. But have we done enough to promote these rich traditions amongst the rest of India? We as a clan know about so many dance forms and cultures and traditions across the length and breadth of the country. But do we not always feel sad when someone says that they are not sure where Assam is? I personally have faced this and I am sure many of the readers who have travelled outside or stays in other states/countries can add more. Once a highly educated software engineer asked me in Bangalore, ‘When you go to Assam do you travel through Mumbai?’ My jaw had almost dropped. But then over the years I realised that this was not an isolated incident. Earlier in the 90s we were at Coimbatore during my college excursion. A school student probably in Class VIII, when I said I was from Assam, had asked me if I had coins. With a perturbed look, I had asked, ‘What coins?’ to which his friend replied, ‘Actually he collects coins of different countries’. I smiled back and asked him if he studied Geography in school and asked him to have a look at the map of India. 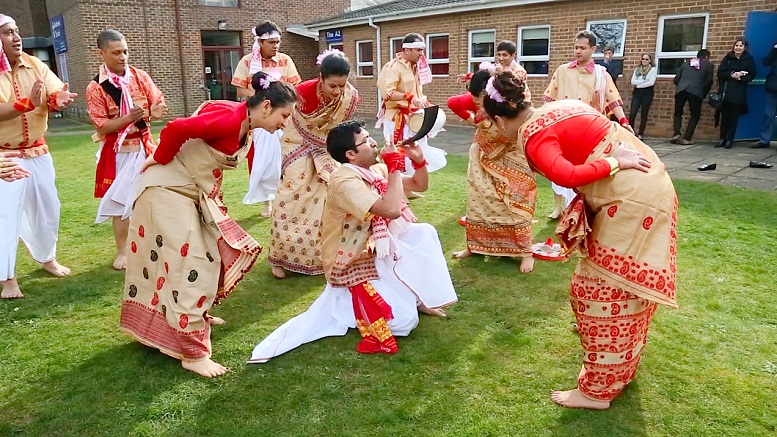 Now whatever may be the reasons for this ignorance, in order to overcome this, we have 2 choices: continue blaming the national media and our politicians for not portraying Assam in the right perspective to the rest of India OR own up responsibility by becoming a cultural ambassador of our own state and take one baby step at a time to promote our rich culture, traditions, the hospitality that assamese are known for, across the globe. Easier said than done, I agree, but then someone somewhere has to initiate and today very proudly I can share with you all that the first step of a long journey has been initiated through the concept of ‘Axomor Husori British-r Suburit’ – a concept launched by the online music venture ‘back2music’ (www.back2music.in) and ably initiated by London’s very vibrant Bihu Husori team ‘Bordoisila Bihu Gosthi’.

The emotional quotient of every assamese staying outside Assam peaks during Bihu. Social media and television channels go abuzz with photographs and videos of how Bihu has been celebrated across the globe keeping all the traditional norms intact. Such annual endeavours renews the bond of every assamese with their roots, creates awareness of our traditions amongst the 2nd and 3rd generation assamese and also gives an opportunity to promote the culture amongst our non-assamese friends.

Through the concept of ‘Axomor Husori British-r Suburit’, we wanted to utilise our position of staying outside Assam and take Bihu one-step further. Similar to the way each one of us have grown up seeing the traditional Husori being performed in our front yards, we decided to take the Bihu Husori to a British household’s courtyard and also invite their neighbours to participate with us. A very special event targeted only for the British crowd in order to have a one to one connect with them, we took this opportunity to tell them about Assam, our traditions, our culture, about Assam as a tourism destination and finally tell them the essence of Bihu. By linking it up to door-to-door Carol singing during Christmas, a perfect analogy could be set which also helped the audience to connect well with the concept. The response was brilliant. As expected, they were impressed with our traditional attire, the drumbeats, the rhythmic movements, the food and basically everything about Bihu. While implementing this in the UK, we also shared a video highlighting the concept and circulated it in social media inviting assamese across the world to replicate this concept in their local areas. And what positive responses we got. The Assam Association, Delhi and the Assam Society of Bangalore – 2 very active and vibrant organisations immediately associated themselves with the concept and decided to take our dear ‘Husori’ to the localites of Delhi/NCR and Bangalore. Team Bangalore has in fact planned for a ‘Husori’ every weekend for the entire month of May and has named the initiative as ‘Axomor Husori Kannadiga-r Suburit’. In addition to this, Guwahati’s Jeevan Intiative came out to support us. Noted personalities from the cultural field like Dikshu, Garima Saikia Garg, Simanta Shekhar and Bornali Kalita also endorsed this initiative. One of the leading Television channel ‘Pratidin Time’ associated themselves with this initiative.

We are on a roll now and this is just the beginning. A Global cultural revolution has begun. We now plan to do this year on year – whether it’s in the local person’s courtyard or in any national / international cultural festival. And the idea is to promote Assam. The idea is to promote being Assamese. The idea is to popularise and create awareness of our rich traditions and culture. Lets join hands. Lets do this together. Lets renew our vows which Rasaraj Laxminath Bezbaruah gave us ‘Axom akou unnoti-r pothot Joi Aai Axom bol’. 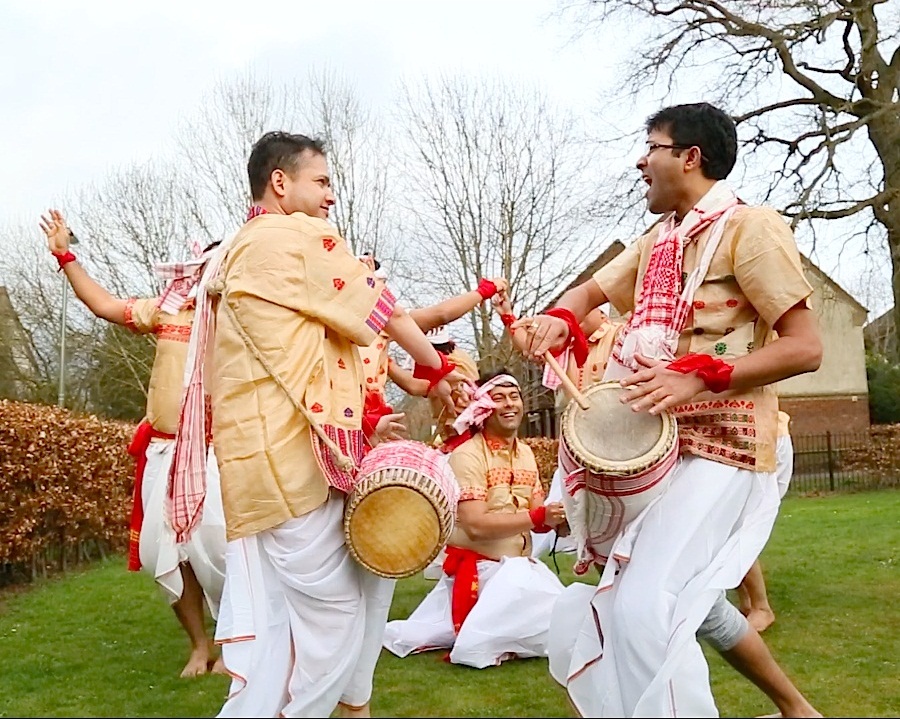 Permalink Submitted by Rakesh baruah on Sun, 15/04/2018 - 11:47
Hi guys... It much appreciated that you are doing such things which promote our culture and rich heritage.i would like to form this in Sydney and need some help from you about your ideas. Regards  Rakesh 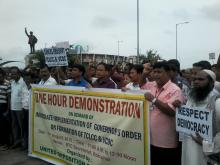 29 Jan 2013 - 1:56pm | AT News
ULFA has owned up the responsibility of the strike in oil pipeline at Makum on Tuesday. In a statement, the outfit claimed to have used PMTD technology to blow up the oil pipeline which took place on...

Ray of respite for kidney patients