The 12 hour statewide Assam bandh that disrupted normal life has ended on Monday evening. The bandh was by and large peaceful. Barring a few stray incidents, the situation was by and large peaceful. Police arrested as many as 100 AGP and CPI bandh supporters while they were picketing on the streets in Morigaon, Jagiroad, Tezpur, Jamugurihaat. Some supporters in the city tried to make the bandh call success by burning down tyres on the streets. The Assam state secretariat registered thin attendance during the bandh hours that began at 5 in the morning and ended at 5 in the evening.

All shops, hotels, markets, offices and banks were remaining closed during the bandh hours. Roads were wearing a deserted look and barring army and para military forces, all other vehicles were off from the streets.

Main Opposition AGP called for the 12 hour statewide bandh in protest against the fuel hike which was backed by BJP, AUDF and many other parties and organizations. . 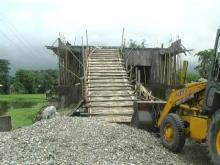 The bridge that never completes

22 Jun 2014 - 10:19pm | Mridusmita Das
Its all about a bridge that has not seen the light for the last 5 years. Much to the major inconvenience for lakhs of commuters, the project to bridge Barpeta with Mandia remains incomplete even...

13 Nov 2016 - 11:22am | AT Kokrajhar Bureau
Security forces apprehended a cadre of NDFB(S) from Nabinagar forest village under Kachugaon PS in Kokrajhar district on Saturday. Based on information about presence of militant cadre, a joint... 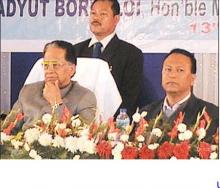 15 Jan 2012 - 6:18am | Anup Arandhara
Chief Minister Tarun Gogoi dedicated the Waste heat recovery project of Lakwa Tharmal Power Project for Assam on Friday. With the functioning of the plant this thermal power station will generate...