In a major boost for the state’s cycling segment, Anu Chutiya has arrived in Thailand on Thursday to participate in the Asian Cycling Championship.

Anu, cyclist from Titabar in Jorhat district of Assam has been undergoing the training of the Indian national coaching camp in New Delhi. 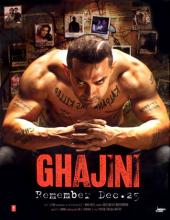 3 Jan 2009 - 8:58pm | Chinmay Chakravarty
Mumbaikars are grateful to Aamir Khan for giving Ghajini at a time when most of them seriously considered the safety aspects of going to the multiplexes post 26/11. With Ghajini audiences are back at...

6 Aug 2017 - 7:43pm | AT Kokrajhar Bureau
At least sixteen persons received serious injuries due to lightening at two different villages under Gurubasha police outpost in Chirang district late last evening. According to source from the area...

27 Apr 2014 - 9:25am | AT News
At least 7 people were killed and nine others have been critically injured when a truck carrying them slipped into a deep gorge in Bajali district on Sunday.The incident took place early in the...