Another feather to the Indian army's Red Horns Division as 39 hardcore militants have laid down their weapons today before Major Gen. Chander Prakash, VSM, General Officer Commanding Red Horns Division at Rangia. The militants are said to be the members of ULFA, AANLA and KNLF who have also handed over more than 30 high tech pistols along with few explosives and rifles.

After the last surrender of 26 cadres of militants in last June this has been said to be the major success of the Indian Army. Greeting the militants Chander Prankash, GOC expressed that it's indeed a pleasure to know the metal health of the cadres that they want to go back to the mainstream, which is inspiring. "The decision to shun violence of these cadres is praiseworthy and we will do all the best effort to bring and adequate them into the social circle with a mainstream attitude. The militants are now abdicating the route of violence and joining the national mainstream which is complementing to the success of the pro peace movement of the region", said Prakash. He also congratulated the parents of the militants who have inspired their children to pursue non violence. The GOC also informed about the rehabilitation center for the surrendered militants at Tamulpur where he had trained 35 numbers of the other cadres to computer literacy, sericulture, food preservation, bee keeping and other vocational activities.

The 39 militants took the oath to live a better and social life with normal humanity. "We had been in the outfit for last thirteen years but the senior leaders never contacted us for any needs, rather they left us in distress and now we also came to know that the ideology behind the outfit is in tremor. They are now hiding themselves and left heir own thinking behind for monitory gains", alleged Mantu Thakuria, Sergeant major of ULFA. The AANLA and KNLF militants also shared the same view that they are now left with no feedback and no values and so they want to go back to their normal life again.

DIG Assam GP Singh was also present in the ceremony who informed that the 709 and the 27 battalion of ULFA are in dialogues with the security departments and might be coming to a possible cease fire shortly but he left himself for any other information to share now. Among the 39 militants 31 belong to ULFA where as AANLA and KNLF shares 5 and three respectively.

15 Oct 2015 - 7:23am | Hantigiri Narzary
Chief Minister Tarun Gogoi has asked the authorities to restore the security forces attached to Hagrama Mohilary a day after the BTC chief gave up security coverage. In an order issued on...

NDFB(S) held in Udalguri with arms 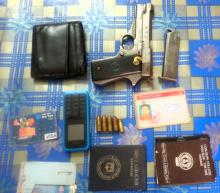 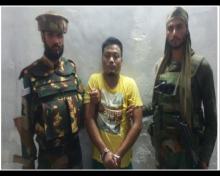 15 Jun 2015 - 7:27pm | Hemanta Nath
Security forces on Monday had apprehended a top Bodo militant, allegedly one of the masterminds of the tribal massacre  from a remote village in Assam's Chirang district, officials said....
Follow @Assam Times