The Assam government has ordered a judicial probe into the ethnic violence in Darrang and Udalguri districts that has claimed 62 lives even as normalcy is back to these areas.

During his visit on Thursday, Chief Minister Tarun Gogoi announced the judicial probe and that the government will soon come out with a master plan to rehabilitate the riot hot people. He further announced a compensation of Rs 3 lakh each to the next of those killed in the clash.

Chief Minister Tarun Gogoi, who visited the affected areas in the two districts, said there were allegations against some police officers that they had failed to contain the violence for which action would be taken against them if found guilty.

Gogoi visited areas under Rowta in Udalguri and Besimari and Bhakatpara in Darrang and assured the victims in the relief camps of help from the government. With day curfew still on, Gogoi said there was no fresh incident since yesterday and the situation was under control.

Meanwhile, in view of the incident-free situation, the authorities in these two districts relaxed curfew from morning 8 to 5 in the evening on Thursday. In Friday also, curfew has been relaxed from 8 in the morning to the evening.

Permalink Submitted by monjib m on Sat, 11/10/2008 - 00:41
The chief minister Tarun Gogoi, rather than ordering judicial probe into recent communal flare-up in Darrand and Udalguri district, should order judicial inquiry into the government why the government cannot detect illegal Bangladeshi settlers in Assam. Unless and until Bangladeshis are sent out of Assam, no judicial probe will bring peace in Assam. it's better the govt sit on the fence and watch the violence caused by Bangladeshis.

Permalink Submitted by Ronen Basumatary on Sat, 11/10/2008 - 07:42
I wonder why the Assam Government is so insensitive to the well-being of its indigenous tribes. This government has proved itself utterly powerless and incapable of deciding what is good for its people. Is it possible for the Chief Minister to come out soon with a master plan to rehabilitate the riot hot people if he doesn't have the guts to raise a finger against the illegal Bangladeshi immigrants? Will the compensatory relief measures bring an end to the ongoing violence? The CM should therefore, order judicial inquiry into its own system of failure in tackling the problem of the recent violence.

12 Jul 2015 - 7:15pm | Hantigiri Narzary
A body of Birdao Brahma (18) of Hatimata Ward number 8 was recovered Gaurang river this afternoon in Kokrajhar town today. Brahma along with his friends went to the river this morning and... 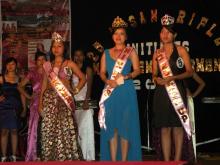 1 May 2013 - 5:13pm | Anup Biswas
With intent to provide the women a platform to showcase their talent, gain confidence and to be better prepared to face the modern day challenges and to further boost Women empowerment, the Silver...