Chief Minister Sarbananda Sonowal took part as chief guest at the open session of the 17th biennial conference of All Rabha Students' Union and 10th biennial conference of All Rabha Women Council held at Dudhnoi in Goalpara district Saturday. Chief Minister Sonowal said that legendary artist Bishnu Rabha gave a distinct identity to the Assamese community globally. He made this possible with his skill, ability, hard work and high ideals. His vision encourages us and the Assam government following his footsteps is putting its best efforts to ensure all round and inclusive development of all communities in the state, Chief Minister Sonowal said.

8 Oct 2016 - 2:11pm | AT News
Guwahati wears a festive look as the Durga puja festivity grips the premier north eastern city. The air is full of the sounds of Durga hymns accompanied by drumbs and cymbols while the street lights...

9 Mar 2015 - 7:34pm | AT News
The Congress Legislature Party (CLP) has show-caused Siddique Ali Ahmed seeking an explanation for his statement.The Assam Pradesh Congress Committee (APCC) has also served a show-cause notice to the... 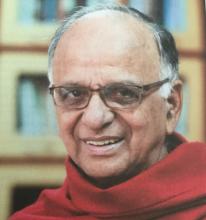