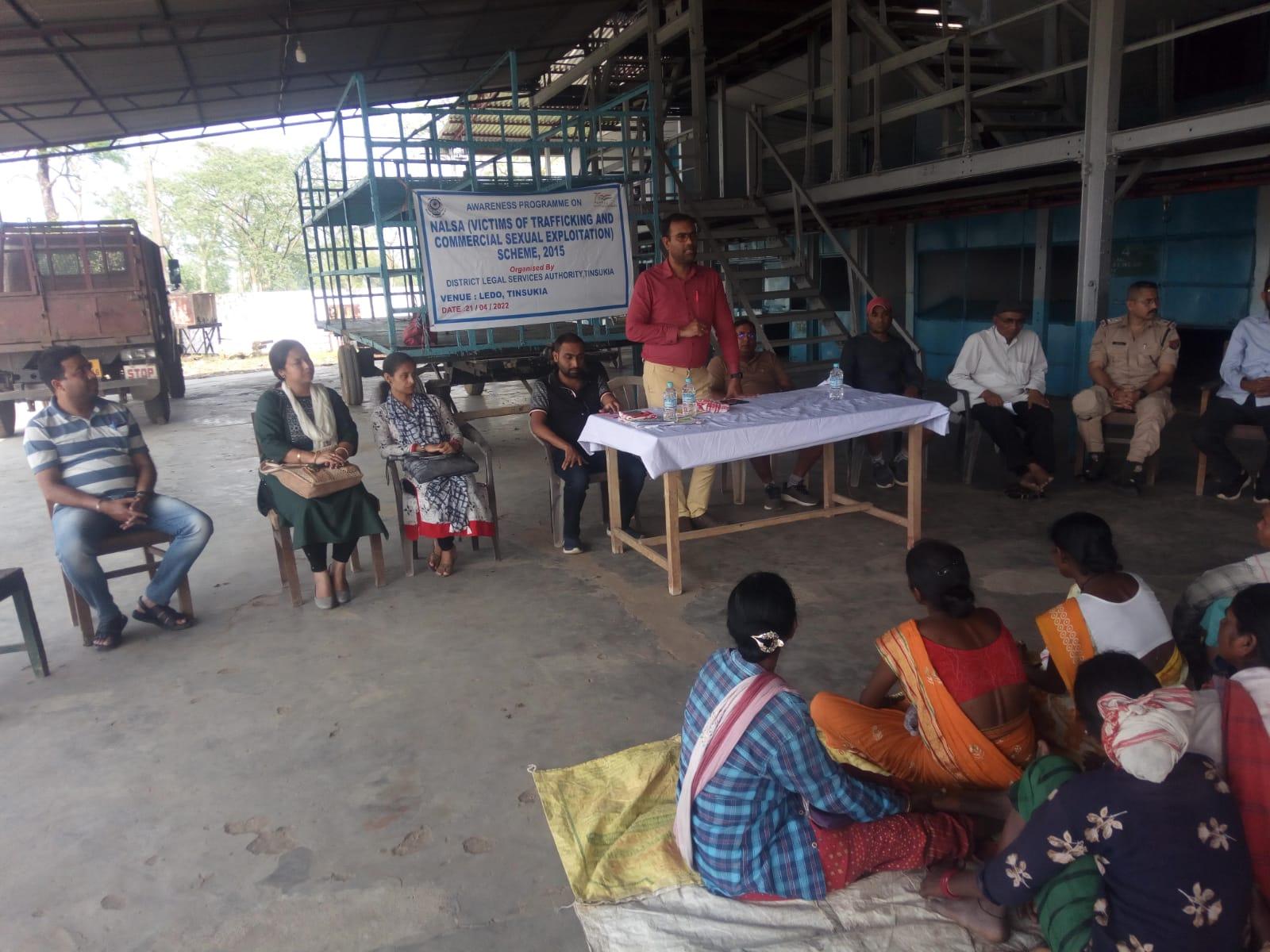 Nayan Jyoti Dutta said that now a days crime has increased at Tea Garden and rural areas of Assam which many people are not aware of the functions of the District Legal Service Authority. Many a time due to lack of proper knowledge people mainly from Tea Garden and rural areas are deprived of justice which many cases of child trafficking, child abuse and sexual exploitation victims fall prey to. India is a Democratic country where all people irrespective of caste, creed, race, language and religion enjoy equal rights. We appeal mainly to Tea Garden people not to fear and the District Legal Services Authority is always ready to serve people voluntarily.

Roots 2 Fruits Pre-School Principal Mitali Roy said children are safe under mothers as mothers can understand their children's feelings better than others. Tea garden workers of Ledo must take care of their children so they don't become victims of human trafficking and other crimes. Papu Sah demanded a Legal Services Authority centre be opened at Margherita.

Assam proud of Goswami for Mangalyaan

25 Sep 2014 - 7:10am | Chandan Kumar Duarah
India has scripted history by successfully placing its spacecraft in orbit around Mars, becoming the first country in the world to succeed in such an inter-planetary mission in the maiden...

CBI to probe 7 cases against Brahma

25 Aug 2012 - 4:40am | editor
Dispur is all set to hand over seven more cases to CBI for investigation registered against arrested BPF MLA Pradeep Brahma. Brahma has been named in seven cases after witnesses complained that he...

25 May 2014 - 7:30am | Sanjib Sabhapandit
The city of Guwahati has several maladies. Water spillover from drains during monsoon, regular vehicular traffic congestion, thoroughfares that serve as garbage dump points, open drains that emit...