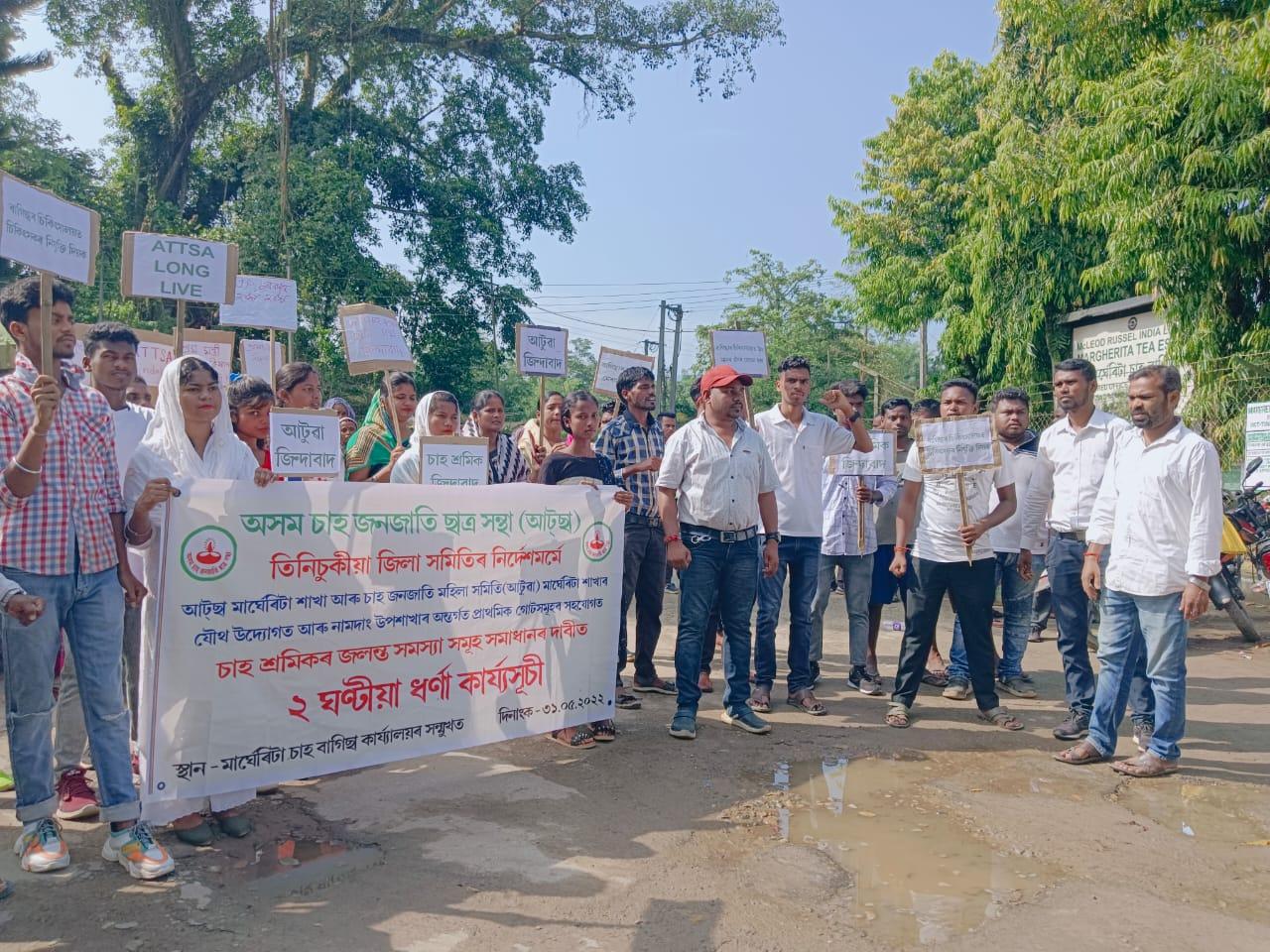 Pranjal Baraik, Central Executive Member of ATTSA Umesh Jal, Assistant Secretary of ATTSA Tinsukia District Committee, said that the BJP led government had failed to keep its promise that after forming a BJP Government in Assam they would pay Rs 351 minimum wage to all tea garden workers. They added that the Labour welfare officers were only for name sake as they were never seen doing any welfare activities for tea garden workers. These representatives added that since Independence Tea Garden workers in Assam are treated as Slaves and no government prior to this had ever done a single development work in the tea gardens of Assam. Congress, AGP and other political parties just remember the tea garden workers during their election campaigns as their votes are considered a vote bank.

Pranjal Baraik also criticized the BJP government for forcefully evicting Dolu tea estate and for the incident in the upcoming election, BJP led Assam government shall face protest of Assam tea tribes students association(ATTSA) all over Assam. ATTSA Margherita branch committee handed memorandum consisting of 12 charter demands to the General Manager of Margherita tea estate and if they fail to fulfill then a strong agitational program will be taken by ATTSA. If untoward incident occurs then Margherita tea estate management, Marc administration (civil) and BJP led Assam government shall be fully responsible for it, said Pranjal Baraik.

3 Feb 2014 - 4:26pm | AT News
Home ministry claims to have enough evidence of stepped up activities of the Maoists in Assam. The extremists are trying to set up bases in a few upper Assam districts.Addressing a two-day seminar...

13 Sep 2019 - 7:16am | AT Kokrajhar Bureau
An awareness programme on child marriage, child rights and protection was organised by Kokrajhar Child Welfare Committee (CWC)  in association with All BTAD Gaonbura Association, here at...

20 Jan 2017 - 8:21pm | AT News
Senior Congress leader and a former minister in Tarun Gogoi’s cabinet will address the media tomorrow (Saturday, 21 Jan) at Guwahati Press Club. The scheduled time for the press meet is reported to...