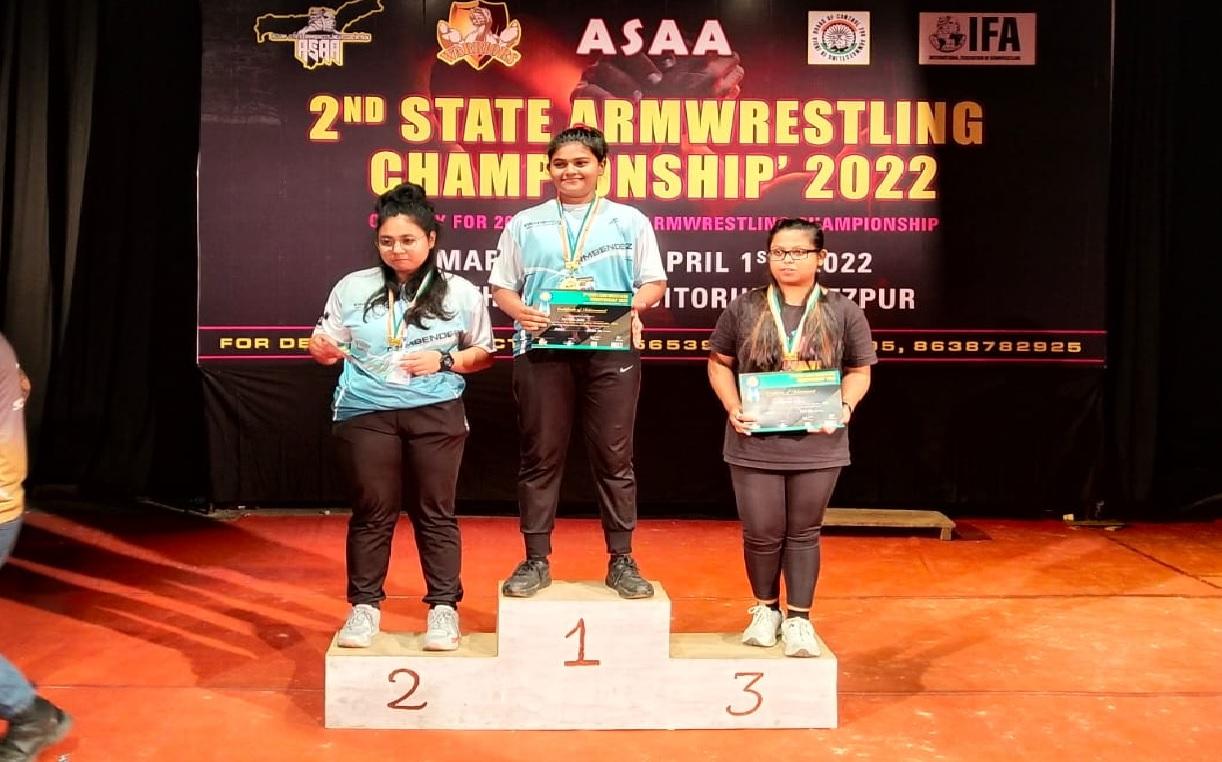 Tapur Das (18) from Ledo, Margherita won the Gold medal in the junior category (63 kg) of the 2nd State Arm Wresting Championship held on March 31 to April 1 at Ban Theatre Auditorium in Tezpur.

Pappu Saikia, team manager, said it was a proud moment for us where many of our students won medals at the 2nd state Arm Wresting Championship.

Among the women's teams, Tapur Das was first, Dimpi Baruah was second, Anita Guwala was second and Gitali Moran was second.

Among the men's teams, Bhaskar Jyoti Saikia was second and Partho Pratim Baruah was third.

​Pappu Saikia said everyone qualified could participate in the National Games which will be held at Goa from 18th May to 20th May.

30 May 2014 - 9:24pm | AT News
The three member AICC panel set up to deal with the simmering dissidence in Congress has asked the Pro-Gogoi camp to maintain party discipline. The instruction came up when a six member delegation...

22 Aug 2014 - 2:52pm | AT News
One after another problems seem to have crushed the spine of the common people in Golaghat these days. A section of businessmen in this trouble torn district has hiked the prices of the essential...

4 Feb 2018 - 1:22pm | AT News
GUWAHATI: DoNER minister Jitendra Singh said the global investment summit in Guwahati will bring the entire Northeast into the world focus which opens new gateways of trade within the region as well...