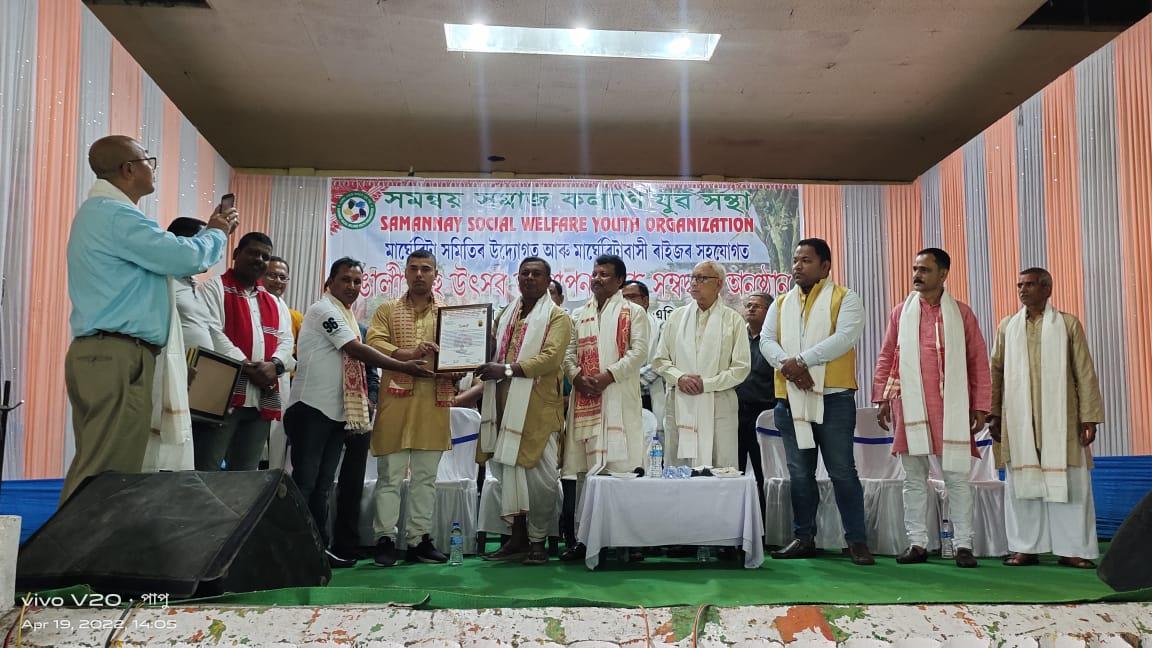 Dr Ranjit Dutta noted social worker, celebrated writer and poet of Ledo, Margherita, presided over the Rongali Bihu celebration where Bihu dance and songs from various parts of Margherita were performed and enthralled the whole audience.

Blast beside Rajiv Bhawan in Guwahati

15 Mar 2011 - 2:05am | AT News
Two Congress workers have been injured at a powerful grenade blast in front of the Rajiv Bhawan in Guwahati. The blast took place at around 6-50 in the evening. Party spokesmen Mehdi Alom Bora and...

Workshop on Human Rights at Likabali

31 Jan 2015 - 5:00pm | AT News
In a bid to promote more understanding on human rights and international humanitarian laws Volunteer’s Rural Development Society (VRDS) in association with Centre for Social Development, Manipur had...

17 Aug 2017 - 11:16pm | AT Kokrajhar Bureau
A pall of gloom descends in Kokrajhar when five children met watery grave in the district in the post flood scene during that last 24 hours.  All the minor boys  were drowned in two...