A Hindi remake of the first Assamese thriller Dr Bezbaruah, released in 1969, will hit the screens later this year. Directed by Anshuman Barua, nephew of the film’s original maker Brojen Barua, Shivam has kept intact the skeletal structure of the story and also retained many of the swinging and romantic numbers. “The skeletal structure of the original story is almost intact though there are some peripheral changes keeping in mind the changing times. People don’t send telegrams anymore, there are mobile phones today. So you have to keep such things in mind,” the Mumbai-based Anshuman said to media.

He didn’t incorporate any Bollywood elements as such because there was budget constrains, and badly done Bollywood tricks are next to disaster. “But we have done a few things of our own, like we had the advantage of the picturesque locations of the northeast and we used them to the maximum. People were asking if the songs were shot in Eastern Europe or Scotland. We even used high end digital media instead of normal film cameras to shoot around 25 per cent the film including two songs,” he said.

Even with a low budget of under Rs 80 lakh, Anshuman says there is no compromise on the technical quality. The cast is entirely Assamese actors. “Initially we thought of making it in Assamese, and then we decided for a pan-Indian reach and even an overseas market,” he said, adding tentatively it should release either on September 24 or October 1. Anshuman, who was an assistant to Jahnu Barua in two of his feature films, had won critical acclaim for his digital Hindi feature film Dooor, an invigorating movie on militancy in the northeast. Dooor is very close to my heart, it is a film that makes you sit up and think, some people told me that they were thinking about it even after reaching home and I feel good about it. On the other hand Shivam is an out and out entertainer, you come and see the film, you enjoy it and go back whistling the songs – that’s it.”

The music of Shivam has been redone by original composer Ramen Barua. Three of the songs have been retained and two others by the composer been added. “Just hear the song ‘Bum bum bhole’ (‘Jilika jilika…’), you won’t realise it is a 40-year-old number. Even Udit Narayan was reluctant to believe that ‘Khoye se hum’ (‘Ki naam di matim’) was a composition of the 1960s, he only believed when we made him hear the original song on a mobile caller tune. There are two more songs we have used in the film which was not part of the original movie but were composed by Ramen Barua in the seventies,” he said.

According to Anshuman, the background score is also something to look out for. “Bulbul Das has really turned it up side down by using hard rock stuff played live by musicians from the northeast.” The film’s story revolves around the central character of Shivam Malhotra, the only son of a reputed industrialist Yashwant Malhotra who falls from a building and dies. Later his parents find an abandoned child in their car and adopted him as Shivam. After a friend of Yashwant discovers the truth, he starts blackmailing him. Things get murkier by every passing day. Will Shivam ever know who his real parents were? Will the Malhotra family lose their only heir? These questions take the audience to the climax of the film.

1 May 2012 - 4:24pm | editor
President Pratibha Patil and vice president Dr Hamid Ansari have expressed grief over the loss of life in the shocking boat incident on the Brahmaputra river on Monday where over 250 were feared... 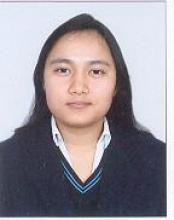 22 May 2010 - 3:06am | editor
Ms Priyanka Das, student of the Mother’s International School, Delhi has secured 95% in the CBSE XII Science Examination results declared today. A consistent performer, she has secured 91.3...