Twelve year old Jayanta cleans, cooks, washes, grocery shops for the Sharma family for a paltry sum of rupees four hundred a month which in turn he sends to his family of five who live in the nearby village. Sharma’s son gets a sum of Rupees one thousand of which he spends rupees four hundred gorging on pizzas with his friends every month in the swanky Pizza Hut in town. On the contrary, Jonali, Fourteen, who is the full time maid of a family where apart from the daily chores she also has to look after the family’s toddler in return for a kitchen corner to sleep in and three meals a day.

Child labour is an epidemic in Indian society and the world at large, a sore wound that is spreading its germs in our lives and is perhaps beyond healing. Childhood is a time when children are meant to enjoy life in its purest form without worries or a care in the world but it’s not so for every child for there are millions of children working in deplorable conditions in which their basic rights and dignity are flouted. Their basic access to education is hampered and they are subjected to physical and psychological abuses and hazards.

Not all work is bad for children. Some social scientists point out that some kinds of work may be completely unobjectionable — except for one thing about the work that makes it exploitative. For instance, a child who delivers newspapers before school might actually benefit from learning how to work, gaining responsibility, and earn a bit of money. But what if the child is not paid? Then he or she is being exploited. As UNICEF’s 1997 State of the World’s Children Report puts it, "Children’s work needs to be seen as happening along a continuum, with destructive or exploitative work at one end and beneficial work - promoting or enhancing children’s development without interfering with their schooling, recreation and rest - at the other. And between these two poles are vast areas of work that need not negatively affect a child’s development." Other social scientists have slightly different ways of drawing the line between acceptable and unacceptable work.

Poverty in many cases or rather ninety nine percent cases lead to child labour. "The parents of child labourers are often unemployed or underemployed, desperate for secure employment and income. Yet it is their children - more powerless and paid less - who are offered the jobs. In other words, says UNICEF, children are employed because they are easier to exploit," according to the "Roots of Child Labor" in UNICEF’s 1997 State of the World’s Children Report.

Unable to make ends meet poor parents send their children to work and earn money for the family. These children are deprived of a good education and forced to work from a tender age, loose their innocent childhood a basic right of every individual. Life for them becomes a monotonous drill of work and labour. Every person has a right to education but our society has gobbled up these rights for vested interests. Cheap labour in the form of domestic servants, chaiwalla boys, canteen boys etc can be found in every house hold today. People are openly defying the law and involving minors as domestic help which reiterates the fact that many of our laws and acts find prominence only on paper and not in reality.

Many voluntary organizations are working towards the upliftment of child labours by rescuing children from slavery and abuse. Recently a walkathon was organized in Guwahati by an FM station to draw attention towards the good work done by Snehalaya, a shelter home for children to commemorate International Anti Child Labour Day, where as many as 500 people participated. But unfortunately a recent survey had showed that the most no of cases of child abuse is found in Assam itself, a very sad and humiliating finding for the people of Assam. Many children who work as domestic helps often face physical abuse from their masters as was evident when the city police rescued a girl from Uzanbazar who was kept in confinement for many days by her owner. Her face was burnt with a hot iron moreover injury marks were visible all over her body. A case was registered against the owner and the child was sent to a rehabilitation center under Child line. There are many such cases of abuse that don’t always make headlines therefore certain laws should be passed to monitor the lives of child labours not only on paper but they should be followed religiously. There should be a law for registration of domestic helps, periodical survey of their conditions, salary structure, educational facilities, helplines available etc.

UNICEF’s State of the World’s Children Report says only that although the exact number is not known, it is surely in the hundreds of millions of child labours all over the world and It is a myth that child labor is only a problem in developing countries. "But in fact, children routinely work in all industrialized countries, and hazardous forms of child labour can be found in many countries. In the US, for example, children are employed in agriculture, a high proportion of them from immigrant or ethnic-minority families.”

There are about 61% of child labours in Asia, 32% in Africa, and 7% in Latin America, 1% in US, Canada, Europe and other wealthy nations In Asia, 22% of the workforce is children. In Latin America, 17% of the workforce is children. The proportion of child laborers varies a lot among countries and even regions inside those countries.

There is no quick-fix solution to this huge but this is no reason for inaction. Until recently, the prevailing attitude was that, deplorable as it may be, child labour is an inescapable fact of life for the poor, and that it cannot be eliminated without economic growth and development. Most countries have formulated legislations which aimed at eradication child labour, but it has been of limited effectiveness, not only because of weak enforcement mechanisms and traditional values that accept child labour as part of the natural order of things, but also because alternative income sources for the poor may often be non existing or education may be either unavailable, irrelevant or unaffordable.

But there has been a silver lining in the form of reorientation of public attitudes and policies in many countries the past years, and the search by policy-makers and practitioners for new and practical ways to protect working children with a view to eliminating at least the most extreme and damaging forms of child labour within the shortest possible time. In the past few years, several countries have adopted national policies and programmes of practical action to this end, and are attempting to implement them often with the assistance of international agencies such as ILO (International labour Organisation) and UNICEF. Such national and international programmes are for the most part of recent origin. The ILO's International Programme on the Elimination of Child Labour (IPEC), for example, is five years old, and although operational in relatively few countries, there are already valuable experiences on which to draw.

The world day against child labour is celebrated on 12th June. The world should wake up to these alarming statistics of child labour. If our future generations are subjected to hazardous and dangerous jobs where they are in danger of injury, and even death will we have a future at all?

The coming generations are our hope — whose skills and needs will build the world’s economy and society. We should do our bit to save our future generations by learning about the issue supporting organizations that are raising awareness, and providing direct hel

Permalink Submitted by mukesh chakraborty on Tue, 06/01/2009 - 19:42
sir, it is really a good story, as per my knowled concern our government is buzy with only making policies, but there is no function in grass root level. so, we the people of assam have to do something for that, m alway ready to work with u sir. 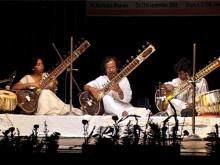 An evening of classical music

2 Feb 2008 - 4:49am | editor
German has evinced keen interest in the exchange of experts in sev eral sectors with Assam. This was disclosed on Friday while a 15-member delegation of German parliamentarians called on Assam Chief...

We will win RS poll: CM

28 Jan 2014 - 6:32pm | AT News
Chief Minister Tarun Gogoi is confident that the ruling party would be able to win the three Rajya Sabha polls.Talking to reporters after filing of nomination papers by Sanjay Singh and Bhubneswar...