Heartcare at affordable cost! courtesy Ayursundra. The Guwahati-based healthcare provider group is set to spread the concept of specialised heart care units in hospitals across the state.

This will provide the latest treatment at affordable price. The model is based on the concept of 'Hospital Within a Hospital' and consists of having a Cath Lab, an ICU, monitoring system and other associated machines for dealing with emergencies as well as comprehesive treatment of heart ailments.

23 Sep 2012 - 4:22am | editor
Arunachal Pradesh Chief Minister Nabam Tuki has strongly denied sending Koyu with money meant for AICC fund. In a statement, Tuki said that his name was unnecessarily dragged into the controversy....

7 Jun 2017 - 1:13pm | AT News
Four unidentified rebels and an army major died during a fierce fighting between security forces and a joint team of ULFS-I and NSCN-K in Nagaland on Wednesday. The gun battle that lasted for nearly... 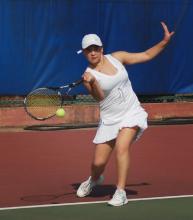