Properties worth one crore have been reduced to ashes when a market caught fire in Moran on Thursday. The incident took place in the wee hours when the fire broke out at a shop because of electric short circuit. Immediately, the fire was spreading to the nearby shops. Fire tenders were rushed to the spot but by then the fire engulfed the entire daily market. Local residents blamed delay in the arrival of the fire tenders which was why, the fire spanned out of control. 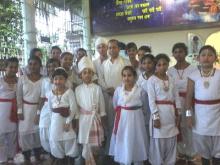 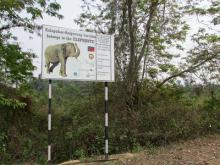 20 May 2008 - 4:13pm | editor
At last forest department has managed to arrest poacher Manu Bazbaruah from the city on Monday. According to information, Manu was arrested on his way to the Santipur based forest office. Later he...