In yet another major embarrassment, a minor boy and a 60-year-old man died in two different relief camps in Bilasipara on Friday. The district administration is yet to ascertain the cause. The relief camps set up for the refugees are overcrowded. A section of camp inmates alleged insufficient food, drinking water and medicines.

Assam in action at London Olympic

15 Jul 2012 - 12:26am | editor
A Bihu troupe from Assam will dazzle in London Olympics. A 16-member troupe will be performing Bihu during the Indian campaign for the London Olympics on August 1 and 2 at Royal Festival Hall, South... 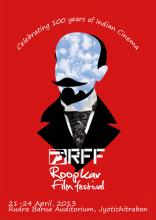 31 Mar 2013 - 10:36pm | Abdul Gani
Come on April 21 at Jyoti Chitraban Film Studio in Guwahati to celebrate the 100 years of Indian cinema in grand manner with some of the master pieces crafted throughout the century by some of the...

Mushrooming insurgency in Garo Hills, a menace for govt employees!

2 Jan 2014 - 10:03pm | Saidul Khan
Samarjit Arengh (name changed), a youth working in a block in Meghalaya's East Garo Hills district is worried. He fears retaliation by outfits operating in Garo Hills, as he has failed to listen to...